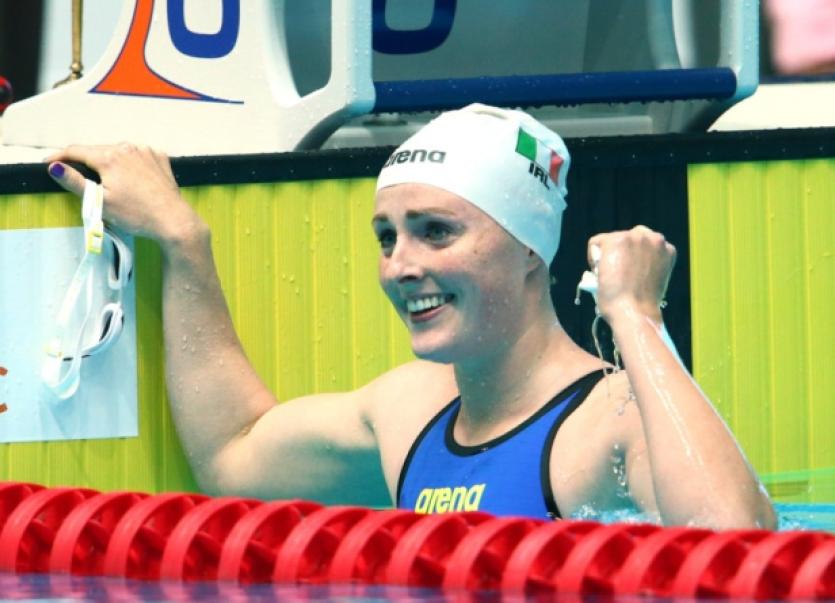 LIMERICK swimmer Fiona Doyle has won her second medal at the World University Games in South Korea clinching Silver in the 50m Breaststroke final on Friday.

LIMERICK swimmer Fiona Doyle has won her second medal at the World University Games in South Korea clinching Silver in the 50m Breaststroke final on Friday.

Twenty three-year-old Doyle, from Raheen, added the Silver medal to her Bronze in the 100m Breaststroke and Olympic qualification time to end a fantastic week in the pool in Gwangju.

Swimming in an outside lane and ranked eighth from the semi-finals, the former Crescent College Comprehensive student, who is currently based at the University of Calgary, produced an outstanding swim and superb finish to grab the Silver medal in 31.09 seconds.

Afterwards a delighted Doyle said: “I’m absolutely delighted, a bit shocked as I haven’t been feeling great the past few days, but to add another medal is fantastic for me and for Team Ireland.

“I’m really excited for World Championships now, I want to improve my times and work towards the perfect race.”

The 2015 FINA World Championships take place in Kazan, Russia, from July 24 to August 9.

Ukraine’s Mariia Liver was the clear winner of the gold medal in the 50 metre breaststroke final at the World University Games in a time of 30.73 seconds, with bronze going to both Martina Carraro (Italy) and Emma Reaney (USA) in a tied time of 31.11.