Your TV and Radio guide to Sunday’s big game 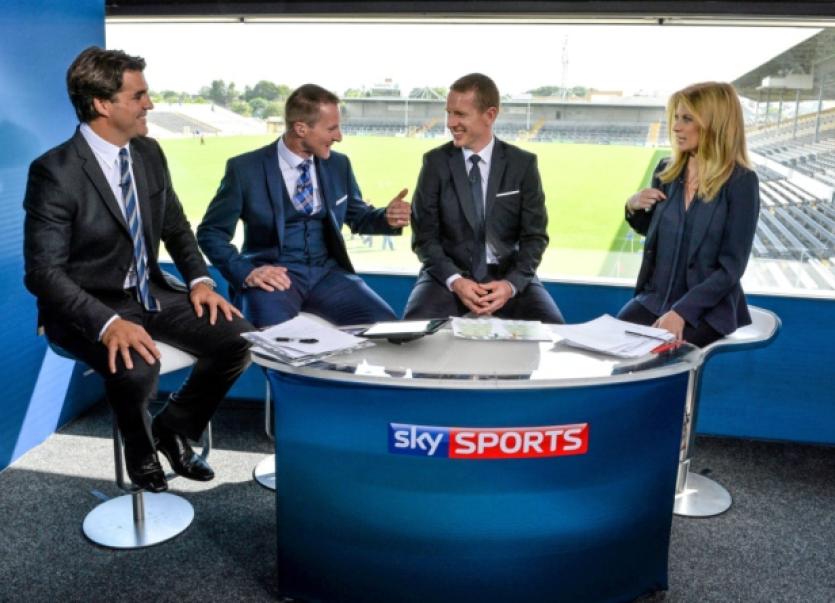 Joel Slattery outlines the TV and radio coverage of Sunday’s All Ireland semi-final.

Joel Slattery outlines the TV and radio coverage of Sunday’s All Ireland semi-final.

Ger Canning and Michael Duignan will be commentating on the game at Croke Park for the state broadcaster. In the studio Michael Lyster is joined by Ger Loughnane, Liam Sheedy and Tomás Mulcahy. Coverage on RTE Two starts at 2.45pm - 15 minutes before Sky’s broadcast starts. Unlike previous years, RTE will not be broadcasting the minor match - TG4 secured those right at the start of the year. Highlights of both games will be on The Sunday Game which airs at 9.30pm.

RTE will also be providing radio coverage on their Sunday Sport show.

Marty Morrissey will be in the commentary box calling the action from Croke Park with former Tipperary All Ireland winning goalkeeper Brendan Cummins as co-commentator.

TG4 will be showing highlights of Sunday’s match in their GAA 2014 programme.

TG4 will also have live coverage of Sunday’s minor match between Kilkenny and Waterford which throws in at 1.30pm. The Irish language station will also be showing the Limerick v Galway minor semi-final on Sunday week, August 17. The match starts at 1.30 in Croke Park.

Newstalk’s Off The Ball will be providing updates from the game on Sunday. Daithi Regan will be reporting on the game from Croke Park and the station will also have a sideline reporter pitchside.

Limerick’s Live95fm will be providing live commentary from GAA Headquarters on Sunday.

Liam Aherne will be on commentary duty with former Limerick hurler Brian Geary on analysis for the local radio station.

Limerick hurlers will feature on Sky Sports for the very first time on Sunday.

Their broadcast airs at 3.00pm.

Commentary will be provided by Mike Finnerty and Nickie English.

Sky will also be showing highlights throughout the week with the first showing Wednesday evening.