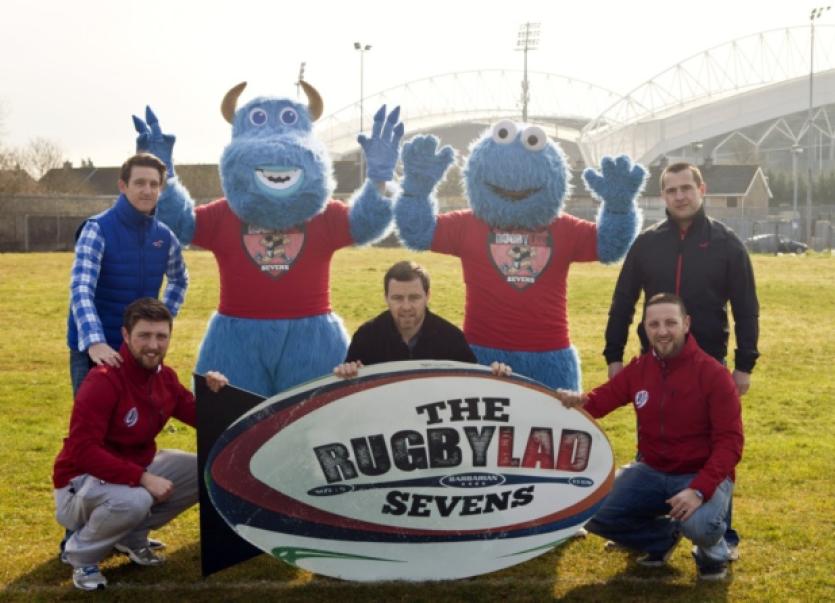 More than 20 rugby teams from all over Ireland will gather in Limerick this June Bank Holiday weekend to compete in Ireland’s newest rugby sevens tournament.

More than 20 rugby teams from all over Ireland will gather in Limerick this June Bank Holiday weekend to compete in Ireland’s newest rugby sevens tournament.

The event will take place in Limerick Institute of Technology this Saturday and Sunday, with the Moylish college’s sports ground to be transformed into a festival village for the inaugural RugbyLAD Sevens Festival.

It will consist of three leagues, namely a Men’s Senior League, Social League and Women’s Open Championship with teams from Limerick, Clare, Tipperary, Cork, Galway and Dublin already signed up to participate in the two days of rugby sevens action.

Among the other highlights of the festival will be a special open air concert with Limerick group Hermitage Green confirmed as the headline act, accompanied by Dublin cover band Smash Hits.

There will be a Barbecue and Grill during each day, while the Red Bull Wings and Spin South West Spinis will also be in attendance.

The festival is the brainchild of Limerick man Jason Hennessy, founder of RugbyLAD.

“The nationwide success of RugbyLAD.com, coupled with the growing popularity of sevens rugby and Limerick’s world famous association with the sport of rugby, meant the idea for this festival was for us a no-brainer,” he explained.

“We plan on following in the footsteps of the success of Kinsale Sevens and Pig N’ Porter in recent years and bring a long-awaited weekend rugby and music festival to the home of rugby. This weekend’s tournament is expected to draw spectators to Limerick from all over Ireland, while we also have groups travelling here from the UK and as far away as Sweden,” he added.

Tickets for the event are priced at €10 for a day pass and €15 for a weekend pass, and can be purchased on the day.