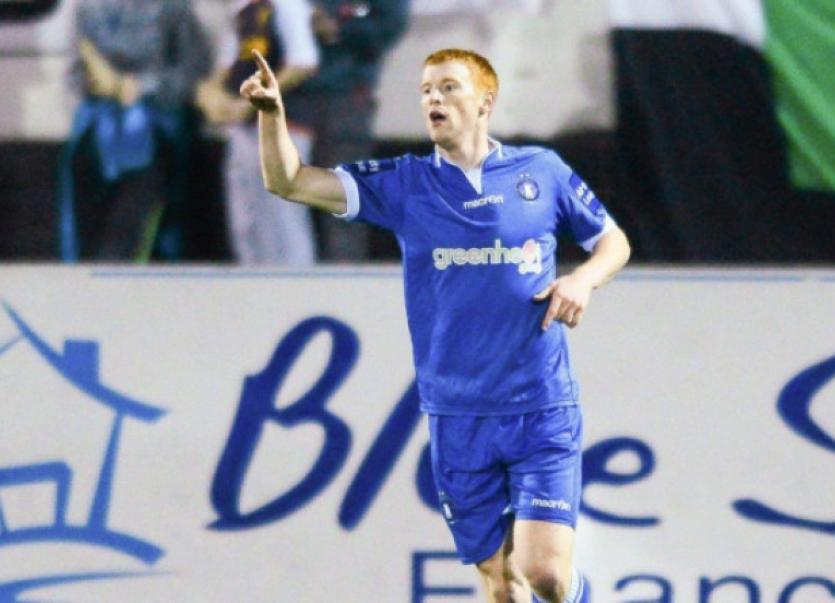 Limerick FC went in front after just five minutes, when in-form striker Rory Gaffney fired the ball into an empty net from Ryan Coulter’s poor clearance. The Blues had failed to score in any of their three previous home games.

Athlone keeper Coulter prevented his side from falling further behind when making two smart saves to deny the in-form Gaffney, who was presented with the League’s Player of the Month Award for August recently.

Limerick paid a heavy price for their inability to build on their smashing start when the Midlanders equalised on 35 minutes. James O’Brien broke Lims’ off-side trap down the right and crossed for Derek Doyle to smash the ball home from close range. The sides remained deadlocked 1-1 at half-time.

The home side regained the lead on 56 minutes when an alert Kieran Djilali scored with a composed finish after Gaffney’s shot was parried out by Coulter.

And 23-year-old former Crystal Palace player Djilali netted home second for the home side mid-way through the second half when he beat a couple of defenders inside the penalty area before planting a terrific shot high into the roof of the net.

Playing conditions became difficult during the final quarter as the rain sheeted down. Limerick’s former Cameroon international Joseph Ndo, who joined the club during the summer in a player/coach capacity, came on to make his debut for the Blues on 77 minutes.

Athlone netted a consolation goal in the 90th minute through their team captain, Alan Byrne, only for Gaffney to reply with his second goal of the night in stoppage time.