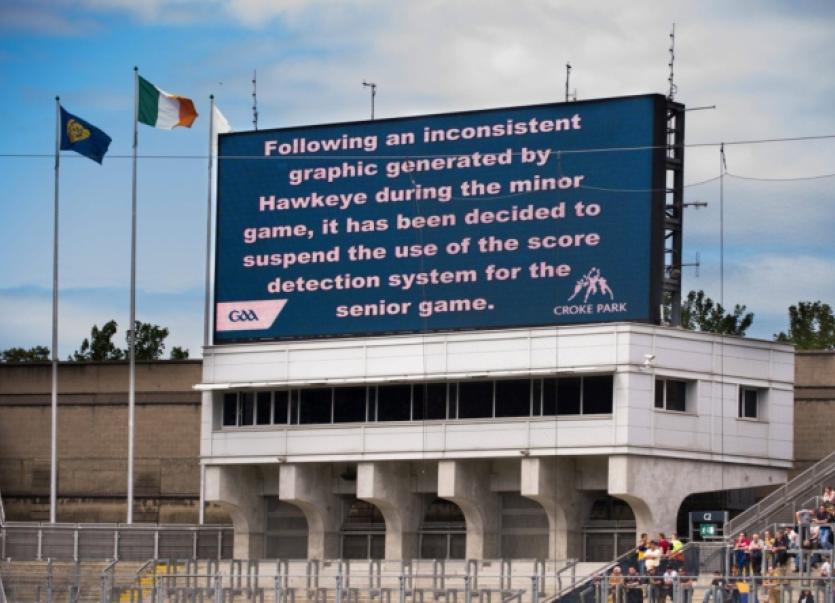 LIMERICK GAA officials will hand deliver their appeal, into the All-Ireland minor hurling semi-final, to Croke Park this Tuesday.

LIMERICK GAA officials will hand deliver their appeal, into the All-Ireland minor hurling semi-final, to Croke Park this Tuesday.

The executive officers of Limerick GAA met on Monday night when they formulated their appeal after a day of discussions with minor management and fellow officers.

Limerick also sought clarifications from Croke Park on Monday before making the decision to appeal.

Limerick have not confirmed on what grounds they are appealing and predicting the potential outcome is most difficult as this is very much uncharted waters.

Of course, the GAA could ultimately decide to replay the game against Galway but this would be seen as setting a massive precedent and a move that Croke Park officials will tread very carefully towards.

Late on Monday night, a brief statement confirmed the decision to appeal.

“Luimneach CLG can confirm that we will be lodging an appeal with the CCCC based on the failure of the Hawk Eye Score Detection System during the All Ireland Minor Hurling Semi Final in Croke Park on Sunday August 18,” read the statement.

“In the interests of fairness to all involved we will be not be making any further comment until the full process has been determined.”

After the malfunction in Croke Park on Sunday, which denied Barry Nash a first minute point, GAA officials summonsed Hawk Eye officials to Ireland to explain how the error occurred.

Hawk Eye released their own statement on Monday night.

“Sony Hawk Eye wishes to apologise to the GAA and its supporters and to reassure them that the system will be fully reliable for all future games,” said the statement.

Steve Carter, the Managing Director of Hawk Eye Innovations, met with the representatives of the GAA. He explained the cause of the malfunction and the operational steps being taken, under his personal supervision, by the Hawk Eye team to ensure there will be no repetition.

“During the game between Limerick and Galway at Croke Park on Sunday last, conflicting readings were displayed by the Hawk Eye system. This was due to an error in match day set up on the part of the Hawk Eye team. All of the settings were adjusted to cater for hurling, bar one value for the Hill 16 end posts, which was set for football,” explained the statement from the operators of the score detection system.

“Hawk Eye is committed to maintaining its position as the premier score detection system in the world.”