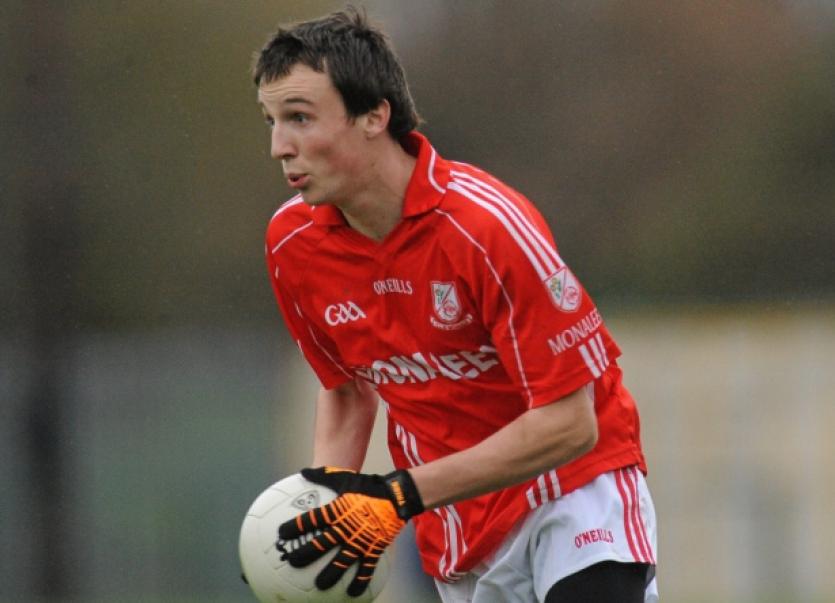 THE big Limerick city senior football derby of the year takes place tonight when Monaleen and St Patrick’s clash in Claughaun at 7pm.

THE big Limerick city senior football derby of the year takes place tonight when Monaleen and St Patrick’s clash in Claughaun at 7pm.

The game was to take place 10 days ago but was postponed due to the involvement of inter-county hurler Seamus Hickey with Monaleen.

After sustaining a cruciate ligament injury in Limerick’s hurling loss to Clare on Sunday, Hickey will now miss out, anyway.

Since gaining promotion to the top tier of club football with an intermediate success in 2009, St Patricks have held the upperhand on their rivals.

The sides met earlier this year in the City Divisional championship and Monaleen emerged victorious but both were missing key players.

A win for Monaleen this evening will edge them into second place in the group and closer to the knockout stages.

St Patricks would harbour ambitions of reaching the quarter-finals if they made it three wins in a row over the Castletroy men but their primary goal will be to move out of relegation trouble with only a draw from their two previous games in the championship.

There will be little rest for the sides with another round of Limerick SFC scheduled for the weekend.

Elsewhere this evening, Dromcollogher-Broadford play Galbally in Kilmallock in a repeat of last season’s quarter-final. In Feenagh, Ballylanders play Fr Caseys of Abbeyfeale.

Nothing but a win will suffice for the west Limerick men, who are without a win in their two previous games.