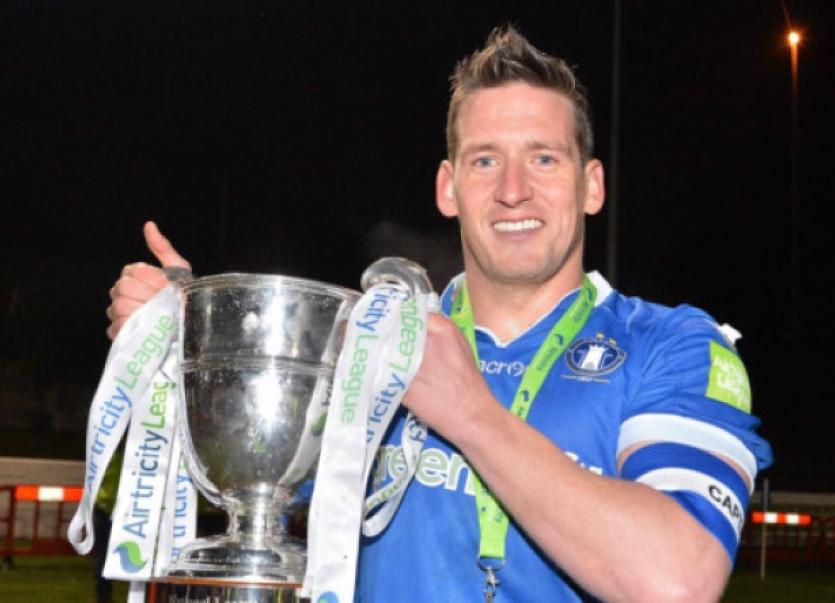 LIMERICK FC boss Stuart Taylor says that captain Pat Purcell will still “play a massive part” in the club’s season, despite not starting any of the six league games so far.

LIMERICK FC boss Stuart Taylor says that captain Pat Purcell will still “play a massive part” in the club’s season, despite not starting any of the six league games so far.

After being suspended for the first two games of the season, Purcell has yet to play a single minute for the Blues. It has led to speculation on the terraces that the club talisman may be finished as a starter.

But Blues boss, Stuart Taylor reacted strongly to such speculation saying: “Very far from it. There is a lot to come from Pat. He’s going to play a massive part. He’s the club captain and he’s got that experience to go and play games.”

Explaining why Purcell has yet to see any first team action, Taylor said: “Pat was out suspended for the first two games from offences last season. Then Pat came down with an illness a few weeks ago at an unfortunate time. He missed a couple of days at training and he missed a game as well. Brian (O’Callaghan) had done enough to hold onto his jersey and it was difficult for Pat to come back into the team.”

Limerick’s central defence has seen some changes over the first six matches, with Stephen Folan the only constant. Brian O’Callaghan started the first match in partnership with Folan, before new signing Aaron Browne came in for the match at Drogheda, where he was sent off. O’Callaghan returned in his absence before Browne came back into the team for Tuesday night’s draw with Shamrock Rovers.

The changes at centre back, however, hold no concern for Taylor. “It’s not a problem for me, no, because good players will always be able to play alongside each another. I think that’s been proven, UCD are the only ones that played it between the centre backs and got their goal. The big thing I have at the club is, you’ve got the jersey, you hold onto it and don’t let anyone take it off you.”

Purcell will have to be patient and wait his turn according to Taylor, but his chance is sure to come, as the fixtures continue to come thick and fast. “If it’s not broken why change it and for me at this moment in time there is nothing broken. He’s the club captain and he’s got that experience to go and play games. players who aren’t playing right now need to be patient and wait for an opening to come and Pat’s opening will come.”

Limerick take on Dundalk in Oriel Park at 7.45pm on Friday night. They then have a ten-day break before entertaining Bohemians in Thomond Park on Tuesday, April 16.