Limerick FC keen to get Gaffney back in action 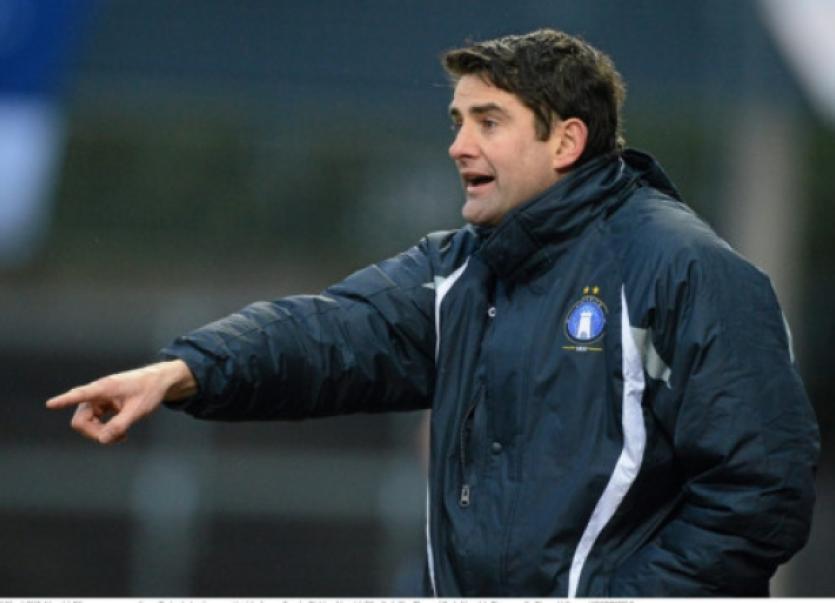 Limerick FC boss Stuart Taylor has taken responsibility for the longer-than-expected return from injury of 2012 First Division player of the year Rory Gaffney.

Limerick FC boss Stuart Taylor has taken responsibility for the longer-than-expected return from injury of 2012 First Division player of the year Rory Gaffney.

“I brought him back too quick, it’s my fault,” said Taylor.

Star striker Gaffney was recovering from a broken metatarsal and Taylor was keen to have last year’s First Division standout available for the club’s long awaited return to Premier Division action.

It is hoped that his injury concerns are over and Gaffney is now in contention for first team action though Saturday’s trip to Sligo may come too soon and Taylor will be conscious not to rush him back again.

“He’s come along fantastically well now and he’ll be back among the boys as early as tomorrow. He’s shown a lot of positive signs. He’s itching to get back among things and we’ll monitor him over the next few days and see how he is.”

Gaffney’s return bolsters an already deep squad that has dealt seamlessly with the suspensions of Shaun Kelly and club captain Pat Purcell for the season’s first two games, as well as the current double suspension of Aaron Browne and Axel Bossekota.

Taylor has been extremely impressed with the contribution of Liverpudlian striker Craig Curran in the absence of Gaffney, further illustrating the strong squad the Scot has assembled in his short time at the helm.

“I think everybody would agree with me that the attributes that Craig has got are absolutely fantastic. We are absolutely delighted with Craig,” enthused Taylor of his live-wire striker.”