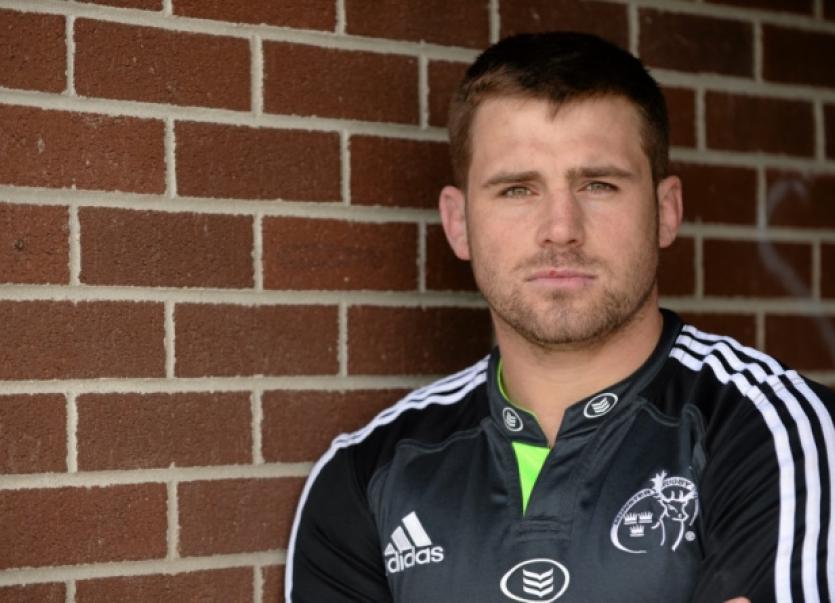 Rugby - Stander to stay at Munster

Munster Rugby and the IRFU confirmed this Tuesday that CJ Stander has signed a two-year contract extension that will see him remain with the province until at least June 2018. Since joining Munster, Stander has gone on to make 69 appearances and has scored 22 tries. Last season the powerful back row picked up seven man-of-the-match awards and was named the Munster Rugby Player of the Year in April. In Peter O’Mahony’s absensce the 25-year-old has taken over the captaincy duties at Munster.

Limerick FC have bolstered their squad ahead of the 2016 season with the signing of Chris Mulhall from fellow Division 1 side UCD. Mulhall has plenty of League of Ireland experience having previously played for Shelbourne and Shamrock Rovers. The 27-year-old has also played under Limerick FC manager Martin Russell at UCD, when they won the First Division title in 2009. The talented winger said it was a “no-brainer” when he signed his contract with the club on Tuesday.

Patrickswell’s John Tuohy has been appointed to succeed Joe Quaid as Limerick camogie manager. Tuohy is principal of St Paul’s National School in Dooradoyle. He was a Limerick senior hurling selector under Justin McCarthy in 2010 and is also a former Limerick and Offaly minor hurling manager. At club hurling level he guided Bruree to the Limerick SHC in 2006 and has also trained the hurlers of Patrickswell and most recently Granagh-Ballingarry. For the full story on his appointment click here.

Republic of Ireland striker Anthony Stokes has been handed a two week suspension by Celtic after a series of tweets he posted on Sunday. Stokes was venting his frustration at not being included in Celtic’s squad for their SPL game at Inverness Caledonian Thistle. He wrote sarcastically: “Buzzing to be brought all the way up to Inverness with the team to sit in the stands today, lovely weather for it too.” This was followed up by a tweet that said: “Who gives a f*** about wages when your not playing games! It’s all about playing and contributing not picking up a wage.” He later apologised for the tweets but that hasn’t stopped Celtic suspending him.

Rugby - Ireland confirm All Blacks and Wallabies for November tests

Joe Schmidt’s Irish team will play both World Cup finalists as part of the November 2016 International Series. Ireland will also play a test against a top Tier 2 nation but there is no confirmation of who that team is as of yet. The game against Tier 2 opposition takes place on Saturday, November 12. World Champions New Zealand will be next up the week after with a game against Australia completing the series in the Aviva Stadium on November 26. This will be the first time that the All Blacks will have played in Ireland since that epic game in 2013 where New Zealand won the game thanks to an injury time conversion by Aaron Cruden.