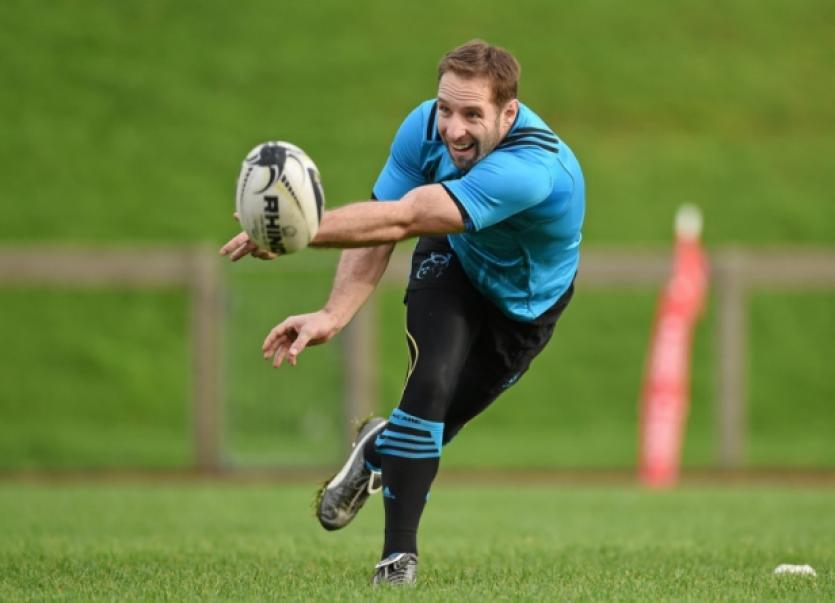 HE is renowned for the timing of his pass on the field - now Tomas O’Leary is planning on his eventual retirement from rugby going like clockwork.

HE is renowned for the timing of his pass on the field - now Tomas O’Leary is planning on his eventual retirement from rugby going like clockwork.

Munster scrum-half O’Leary has just launched his own watch company, ToldandCo.com, and he is also involved in a recruitment company involved in the energy utility area in London. O’Leary recently returned to Munster having spent the previous three seasons with London Irish.

So how did O’Leary’s interest in watches lead him to set up his own on-line company?

O’Leary said: “I’ve always liked watches and a few years ago I said, ‘Look I’ll have a look at it and see what I can do with it’?

“Between the jigs and the reels I found a Danish designer I could work with so the watches Danish designed, Swiss made and London inspired.

“So that’s just launched this week, all exclusively online. The company’s called ToldandCo.com - it’s Tomas O’Leary Design. It’s been two years in the pipeline so that’s the kinda stuff I got to do and experience in London.

“I’ve have a bit of a fascination in watches since I was a young fella. My late grandmother, May O’Leary, used always say, ‘you can tell a gentleman by his watch.’

“I always liked watches and I said I’d give it a go. I have to start thinking about life after rugby. I’m not going to be around here forever unfortunately!

“The (Munster) boys are plaguing me here. I’ll give them to the good looking lads only like Murrs! (Conor Murray). The watches retail from €150-€260.”

O’Leary says the pressure on Munster in Sunday’s crucial Guinness PRO12 clash with Dragons at Rodney Parade (2.30pm) has been cranked up as a result of last weekend’s disappointing defeat to Connacht.

Sunday’s fixture is Munster’s final game before the first of their two crucial back-to-back Champions Cup ties with Leicester Tigers at Thomond Park on December 12.

O’Leary said: “It’s (Rodney Parade) always a tough place to go but obviously after the weekend that pressure is kinda increased and hopefully we can get a performance as well.

“It’s a double header against Leicester and then Leinster and Ulster over Christmas and back into Europe then with Stade Francais, so it’s pretty full on but it’s vital that we stay in contention in the league and stay towards the top of it. Hopefully we can pick up the four points at the end.”