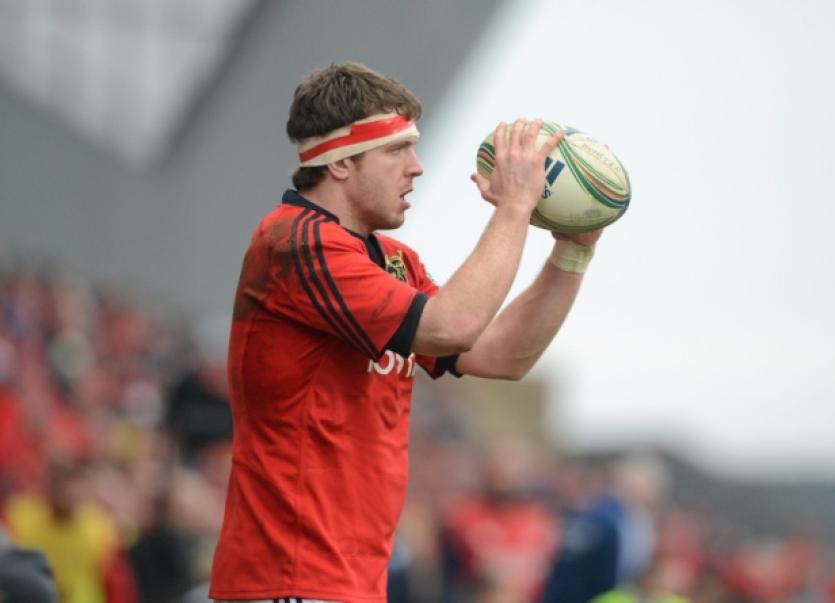 MUNSTER hooker Mike Sherry admitted he felt ‘saddened’ to hear the ironic cheers from a section of the province’s fans as out-half Ian Keatley was being substituted at Thomond Park on Saturday night.

MUNSTER hooker Mike Sherry admitted he felt ‘saddened’ to hear the ironic cheers from a section of the province’s fans as out-half Ian Keatley was being substituted at Thomond Park on Saturday night.

Limerickman Sherry hoped the ‘small section’ of Munster supporters responsible for the jeering didn’t come back to the province’s games.

Sherry said: ”I am very reluctant to give out about Munster fans because the support we got – even when I was a young fella going over to the final in Twickenham in 2000 – it has just been incredible. But I did notice what happened on the weekend. It has been well reported at this stage. That was really disappointing.

”It is a small section (of supporters), but it doesn’t matter. We try unbelievably hard. We put our bodies on the line. We prepare very well during the week, leave no stone unturned. To hear that was really disappointing. It saddened me a bit to hear fans doing that to a Munster player.

”I know that it is only a small section. I would prefer if that little small section didn’t come back to our games, but the overall majority of fans are incredibly supportive. They have our backs for this weekend. I have no doubt that there is going to be a huge Munster contingent in Welford Road.

”They are going to get tickets through whatever outlets, but they will get them. Hopefully we can reward them with a big performance and a victory.”

Sherry said players felt a duty to deliver a big performance on Sunday for their coaching team.

”The coaches have put the structures in place. We have every move, every eventuality planned for. The strength and conditioning staff, the doctors, the medical team are all on top of everything. Us, as players, need to deliver.”