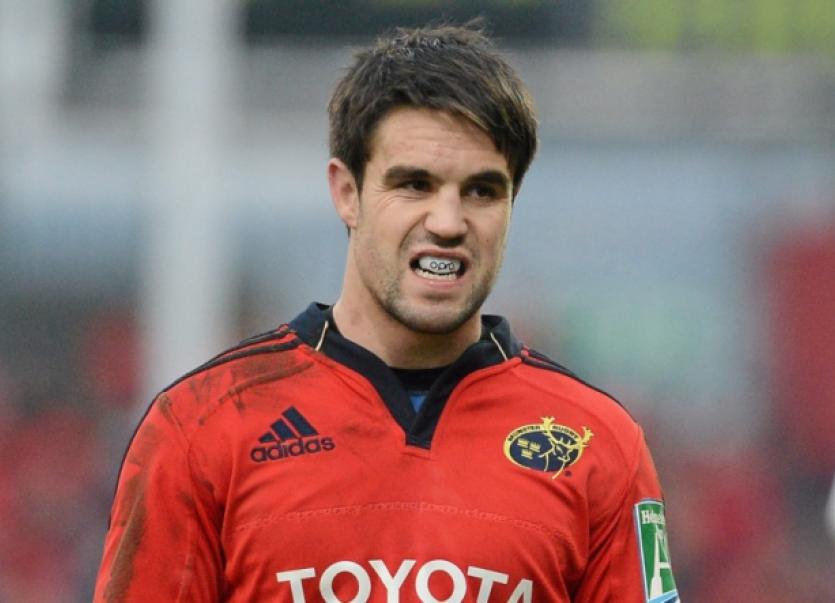 IRELAND scrum-half Conor Murray looks set to hand Munster a prized pre-Christmas boost by committing his future to the province.

IRELAND scrum-half Conor Murray looks set to hand Munster a prized pre-Christmas boost by committing his future to the province.

Murray is out of contract at the end of the season and had been linked with a possible big-money move away to France’s Top 14.

However, Limerickman Murray revealed his desire to remain at Munster when speaking at a press briefing ahead of the province’s big Champions Cup clash with Leicester Tigers at Welford Road this Tuesday.

Asked about how his contract discussions were going, Murray said he’s love to continue playing at Munster.

Murray said: “Negotiations have started (on a new contract) and it’s something you don’t want to be thinking about for these big (European Champions Cup) weeks, so it’s been put on the back burner for these games.

“Maybe after Europe, we’ll look at finishing it off and getting it done so I don’t see too many problems with myself. I love playing here, I love playing in Ireland and I want to continue doing that so. It’s not done yet, but hopefully it will be.

“(Staying at Munster) that’s ideally what I’d like to do and I make no bones about it. This is a great club, a great set-up, it’s my home and there’s an unbelievable set-up here.

“With Munster, we’ve been in Europe for the last three or four years and haven’t done too much. I want to be part of some Munster team that does something.

“That’s another little section, another reason why you would stay here.”

Two more of Munster’s prized assets, Simon Zebo and Keith Earls, are also out of contract at the end of the season.