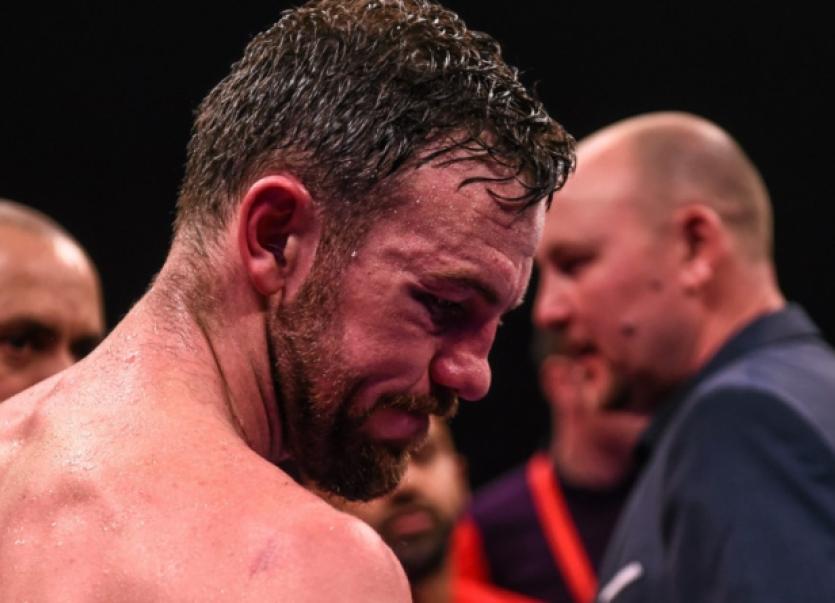 ANDY Lee has been dethroned as WBO middleweight champion of the world.

ANDY Lee has been dethroned as WBO middleweight champion of the world.

The 31 year old Castleconnell man lost on majority decision this Saturday night in the Manchester Arena to Billy Joe Saunders.

The Limerick man was sent crashing to the canvas twice in round three. While he battled back bravely he lost out on points.

One of the judges, Marcus McDonald, had the contest tied, 113 each. Judge Phil Edwards had Saunders as a 114-112 winner, while judge Dave Paris had 26 year old Saunders a 115-111 winner. All three judges were British, but there can be few complaints from Lee with the final decision.

Fighting in red trunks and from the red corner, Lee played second fiddle to Saunders for the early rounds of the title fight.

Two big right hands from Saunders had Lee on the floor twice in a dramatic round three but somehow Lee managed to find his feet to reach the bell.

Calling on all his experience Lee steadied and indeed probably won round four with a big left and a number of jabs.

But as rounds five and six passed it was clear that Lee had a swollen right eye.

Coach Adam Booth stresses to Lee that he needed to be more proactive after round five and so it was as Lee looked busier in round seven.

But Saunders showed great speed of feet and hands and Lee couldn’t find a way past the defence of his London opponent.

Lee did finish strongly though and certainly won the final rounds but couldn’t land the necessary punch for another knockout win in what was his first title defence.