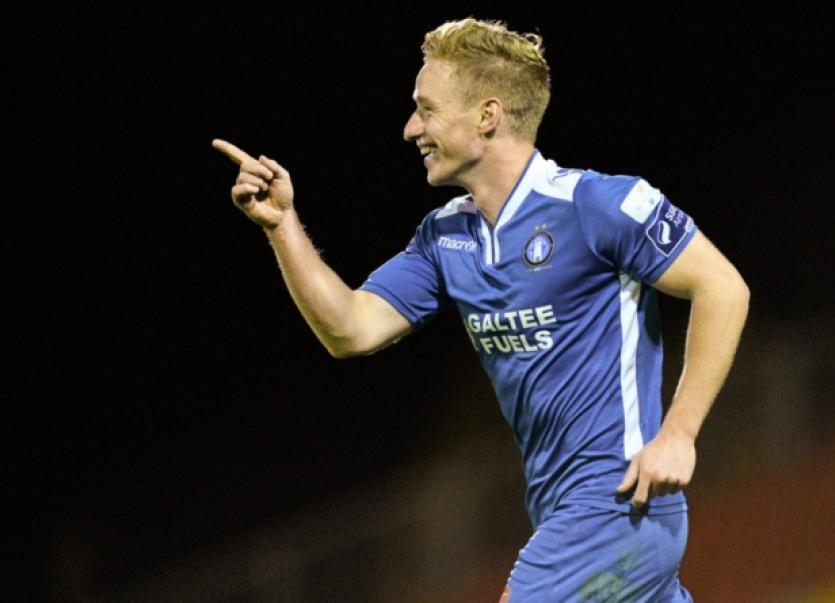 Martin Russell’s outfit had been bottom of the table since April but a remarkable run has seen the team somehow end up second from last.

The journey started on August 1 when Limerick won their first game of the season against Sligo. Just like last Friday, Limerick won 3-2.

Few would have predicted that the Super Blues would have a hope in hell in staying in the division. Amazingly that’s exactly what they did. Limerick amassed 23 points out of a possible 36 that were available.

One of the highlights of the run was a brilliant 3-1 win in Turners Cross against Cork City.

There is a word of caution though. Despite the jubilant scenes in Sligo on Friday, effectively nothing is done yet.

Limerick need to somehow come down from the high of securing this playoff and actually concentrate on the job that is now at hand.

Finn Harps are a dangerous proposition that will arrive at Markets Field completely under the radar.

After the Sligo game Limerick’s flying winger Dean Clarke admitted that they don’t know much about their northern opponents: “I haven’t seen much of them to be honest so it’s hard to prepare for the game,” said Clarke.

“We’re going to be tired just like they are, you just need to be aware of how big a game it really is.”

Finn Harps have made the playoff thanks to a 3-1 aggregate win over UCD. They are led by League of Ireland veteran Kevin McHugh.

He still offers a major goal threat for Harps but one of the most impressive thing about the Donegal side this season has been their miserly defence.

Ollie Horgan’s side conceded 23 goals in 28 First Division games. If they leave Markets Field with a clean sheet they will certainly fancy their chances in the return leg on Friday.

It is imperative that Limerick get a positive result from the first leg and the fantastic Super Blues support will have a lot to do with that.

They have been a constant force since the return to the Markets Field and can make the Garryowen venue a very hostile place tonight.

The great escape is still on.