Peter Stringer opens up in his new book “Pulling the Strings” 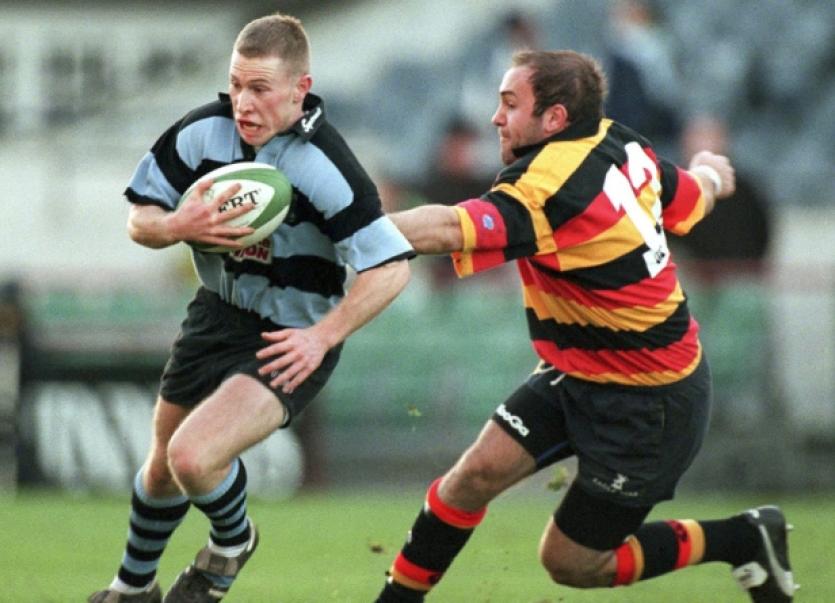 IT’S not often that a Corkman gets into the hearts of Limerick people but Peter Stringer is an exception.

IT’S not often that a Corkman gets into the hearts of Limerick people but Peter Stringer is an exception.

The diminutive scrum half played for Munster over 200 times in a career that spanned 15 years and is thankful that Limerick people took to him in the way they did.

“On the journeys throughout my career I’ve never been in a place like Limerick for atmosphere and such passionate supporters.

“I suppose as well when a small fella is on the field there is a bit of an underdog side of it and the supporters back you.

“Every time I was on the field I could get a real sense that the crowd were really supporting me and the team.”

Stringer made his move from UCC to Shannon at a time when the Limerick club were dominant in the AIL.

“The move came at the time Brian O’Meara was in Cork Con and he was involved heavily in the Munster setup.

“Looking at the clubs around Munster an opportunity came up at Shannon and myself and John O’Neill from Sundays Well joined in the same year.

“I had a great time there and it really opened my eyes to senior rugby.

“When you are playing behind a pack of forwards that includes Horan, Hayes, Galwey, Langford, Halvey, Foley and Quinlan, the bones of the Munster team, it was a natural move for me to go there.

“It was the next step up and I was delighted that I did it. I have great memories of my time with Shannon.”

Stringer made his debut for Munster in 1998, coming off the bench against Ulster in an interprovincial game. Hundreds of appearance have followed by Stringer still hasvivid memories of the day.

“There was a couple of injuries at scrum half at the time and I didn’t really expect to get an opportunity let alone keep my place in the team.

“Back then there really wasn’t too many people at the games but it was still a huge honour to represent Munster.”

Stringer had experienced Munster’s ability to pull off a shock against vaunted opposition as a fan when Australia were beaten in Musgrave Park in 1992. This copper fastened his dream to play for his province.

“Munster was always a team that I had wanted to play for and when I left school in 1996 it just became an opportunity to take up rugby part time.

“Running on with your childhood heroes like Gaillimh and Claw was pretty memorable and even though it is a long time ago, you still never forget it.”

One of the many iconic performances in the red of Munster that Stringer had was the Heineken Cup Final win over Biarritz in 2006.

“It was just an unbelievable day. When you look at the amount of supporters that we had in Cardiff.

“It really was something special. It had been building for six or seven years before that. There had been a lot of heartache and then the emotion that came out on the day was special.

“It was great to be able to get that try. It’s one memory that every springs to mind for every supporter of Munster. For me, it was special to share it with those people.”

Munster went on to win their second Heineken Cup in 2008 but it was a bitter sweet time for Stringer as he had been replaced in the team by Tomas O’Leary.

“It was hugely frustrating. You get to a quarter final, semi final and final of the Heineken Cup and not play any role at all on the pitch.

“I think, having been there for the best part of 10 years as first choice scrum half, to get to big stage like that you just want to be on the field.

“I had the high of 2006 and to be involved in 2008 was unbelievable but as a professional rugby player you want to be on the field for 80 minutes and anything less at that stage of my career I found it quite difficult to take.”

In the following seasons Stringer spent more time on the periphery and admits that it was a difficult time in his career.

“You find yourself in a situation where you are not used to and you start questioning your own ability and whether your own form has dropped, whether you are actually up to it anymore.

“It’s just the nature of things that certain coaches have a preference for different people.

“It’s a certain guy’s opinion and it just didn’t fit the mould apparently when I was there with those coaches.

“So I took the decision to go somewhere where I was going to get an opportunity to play and I have done that over the past few years.

Stringer also had a stellar career with Ireland, winning his first cap against Scotland in the 2000 Six Nations.

He sites the 2009 Grand Slam win in Wales as his favourite moment from his 98 caps.

“You will never forget getting the first cap but the Grand Slam has to be the highlight of my Irish career.

“To finally do it in Cardiff in such dramatic circumstances, in one of the best stadiums that I have ever played, the closeness of the crowd to the players was great.

“I had two of the best moments of my career at the Millennium Stadium for both Munster and Ireland. I am just delighted to have had the opportunity to have done it in a red and green jersey.”

Stringer was always one of Munster’s most loved players and he does regret that he didn’t get the send off that he would have liked.

“I always had a vision at Thomond Park of being at the far side of the pitch and coming off, being able to thank the people who stood by me through the 15 years and continue to do so to this day.

“I would love to have had it and so would a lot of guys but I am truly grateful for what has happened over my career.

“I feel very privileged, a great send off would have been the icing on the cake but I am certainly not bitter about it and am thankful for the career I had at Munster.”

Peter Stringer was speaking to the Limerick Leader as part of publicity for his book “Pulling the Strings”. He will be signing copies of the book in O’Mahony’s book shop on O’Connell Street on Saturday, November 7 at 12 noon.