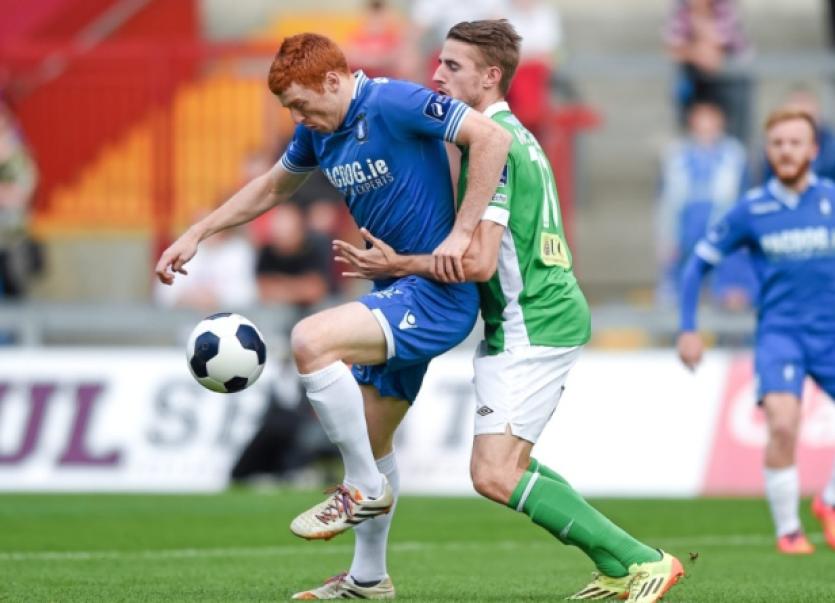 Former Limerick FC striker Rory Gaffney recently netted a brace for League Two side Cambridge – but this hasn’t stopped him checking in on Shannonside to monitor the progress of his old team.

Former Limerick FC striker Rory Gaffney recently netted a brace for League Two side Cambridge – but this hasn’t stopped him checking in on Shannonside to monitor the progress of his old team.

After being out for the best part of six months with torn peroneal tendons, Gaffney started his first game for the U’s on October 24th against Yeovil – exactly a year on from his final game with Limerick. Despite being busy with rehab, the Tuam native kept a close eye on the side he scored 34 goals for in 85 appearances.

He said: “I’ve been following the league mainly through Twitter on Friday nights. The first score I would always check for would be Limerick’s followed by my hometown Galway. Keith Wallace provided great live updates, even if it didn’t make for great reading for the first half of the season. During the week, I would read the opinion pieces on the Limerick Leader website as well using the the42.ie app who give the league good coverage.”

Limerick failed to win a game in 21, and Gaffney, like anyone, believed them to be down. However, things changed and Gaffney pointed to one particular result he felt was the turning point.

He explained: “Probably the night they beat Cork in Turner’s Cross. Cork were on a good run and not many people would have expected them to lose at home to the team bottom of the league. I always felt Limerick just needed a couple of results on the bounce to kick start things.”

The club Gaffney left to the one that is there now is almost unrecognisable. Coming from tiny crowds in Thomond Park to an overflowing Markets Field is quite the transition and the Galway-born forward is impressed.

Gaffney said: “It has been an incredible turnaround from the start of the season where the crowd numbers were low in Jackman Park. I spoke with Robbie Williams a while back and he said it felt like there was 10,000 people at a game and that it was a great atmosphere. It’s just a pity that Markets Field wasn’t ready at the start of season.”

While rumours circulated about a return to Ireland, Gaffney dismissed those claims - citing a desire to test himself across the Irish Sea first.

“I’m guessing that it was just paper talk because no one rang me and I wouldn’t have any interest without giving it a proper go over here first.”

Although Shamrock Rovers were the side he was linked with, Gaffney makes no bones about what League of Ireland team he’d prefer to sign with, should he return to Ireland to play.

He explained: “I think all things being equal I would have Limerick as my first preference. I really enjoyed playing for Limerick and it was always getting better during my time there. The training facilities were excellent at UL and I liked being in and around the city.”

Speaking ahead of Limerick’s second leg of their promotion/relegation playoff, Gaffney wishes his former side well in their quest for survival.

He said: “I just want to wish them the best of luck. It would be a shame if they didn’t finish the job off after such a rollercoaster season. I know they won’t have won a trophy but they have a chance to be very proud of their achievement considering where they were before winning their first game.”