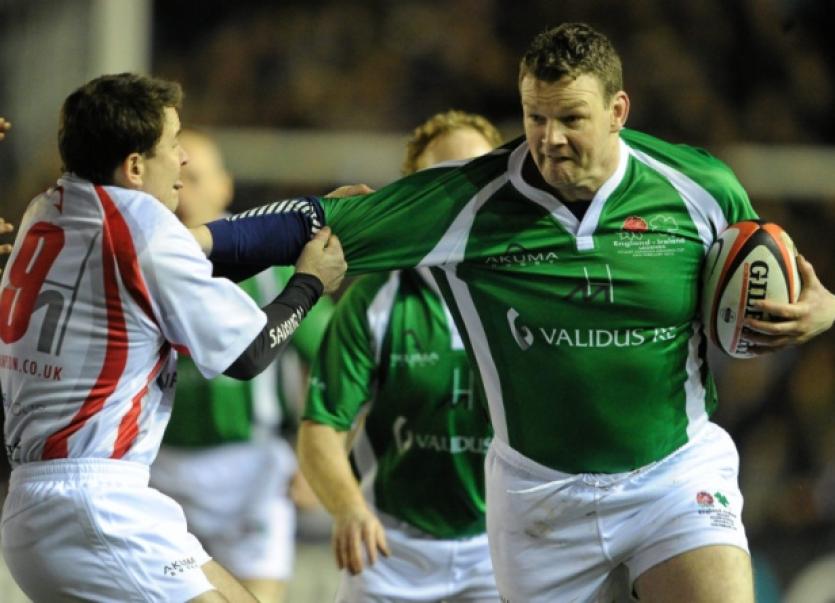 Less than two weeks into his new role as Young Munster head coach, former Ireland international flanker Corkery is preparing his charges for a high stakes Ulster Bank League Division 1A clash with the club he represented throughout his career, Cork Constitution at Clifford Park this Saturday, 2.30pm

Corkery’s term in charge at Greenfields began with a precious win over Old Belvedere last weekend. To paraphrase Animal Farm, all wins are equal but one over Con is a little bit more equal than others as far as the Greenfields faithful is concerned.

Corkery, who was forwards coach at Cork Con last season, said: “I have only been involved since Tuesday night (of last week). A lot of the work out there was done by John Staunton, Ian Keatley and Conor McPhillips. They put in the groundwork really. I tweaked a few things, maybe told them a few home truths as to the way they are perceived in the outside world in the other clubs. They seem to have reacted to it (with Saturday’s victory over Old Belvedere).

“I would like to say we beat them at their own game, we took the ball to them, ran at them hard, moved it wide and they probably weren’t expecting that. That was our gameplan and it certainly worked in the first 10 or 15 minutes.

“We certainly left three or four tries out there, I felt. That is something we will have to work on. But I couldn’t ask for a better start. The welcome I got here has been second-to-none. I am really looking forward to it.

“The first night I came here (to Young Munster), they were quiet, their heads were down, so they need to walk a bit higher. They are representing a club which has so much tradition and pride. They just need to wear that crest with a bit more pride.

“A lot of the time it’s worth points to them when they play here. Again we just need to turn this place into a bit of a fortress. I know they are all cliches, but that’s rugby, that’s life. Hopefully we can keep going with the help John (Staunton) and Ian (Keatley) have been giving along with Conor (McPhillips).

“I was doing the forward with Cork Con last year and we came up here and beat Munsters. Then after that game they got their act together. They probably had a bit of an honesty meeting and they won six games on the trot and should have beaten Lansdowne in the semi-final.”

Corkery said it was after a call from John Staunton, who took charge of Munsters in their recent win over Ballynahinch, that he came on board as head coach.

Corkery said: “John Staunton rang and asked would I be interested. I said I would talk to my wife. It’s a 250km round trip. That takes a bit of getting used to. I came up on the Tuesday night, took a bit of that session, came back up on Thursday night, took that session and the decision was made then. You just have to be certain it is right for both parties, for me and for the club. If it is not right for either one, it is not going to work.

“I love coaching. I love the on-field side of it. I will hold my hand up and say I don’t deal well with the committee room. I tend to voice my opinion. But leave me in the dressing room, the feeling after the game, the song like we heard just now (victory over Old Belvedere) that is a feeling you can’t buy. It is only there through hard work.

“I was involved with Cork Con as forwards coach last season. I absolutely adore the club. They win trophies and that is what this is all about, silverware at the end of the season. One season I might go back to Con, but I am here until the end of the season. That is guaranteed now. It has been a good start. I am wearing the Cookies crest on my jersey on Saturday.

“I wear my heart on my sleeve. It’s who I am now. I am sure there will be good friends in Con next week after the game, but before and during the game I am Young Munsters. That’s it. I will do anything to win.”