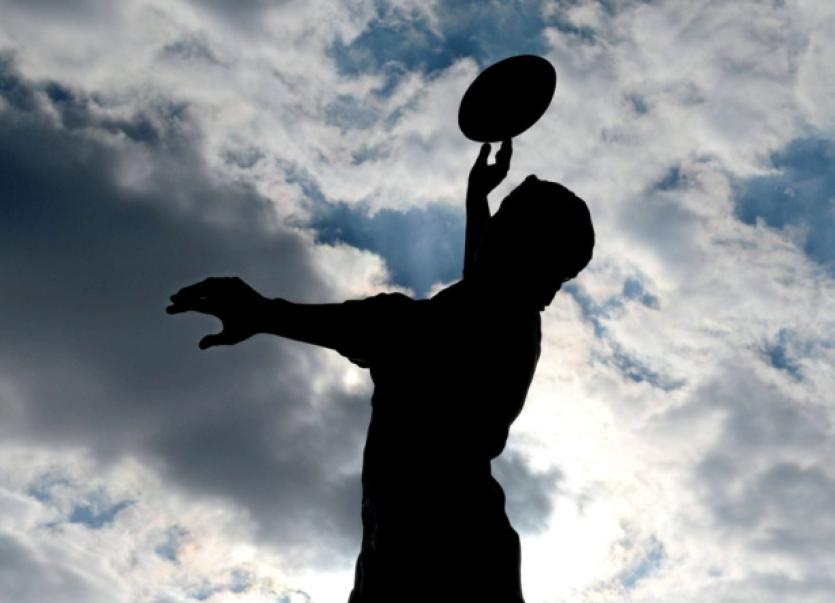 In Division 1A, Garryowen jumped up to third place in the table, thanks to an excellent 28-13 away win over Old Belvedere, while also in the top flight, sixth-placed Young Munster edged Cork Con 11-10 at Tom Clifford Park to make it three wins on the bounce.

Meanwhile, in Division 1B, sixth-placed Shannon continued their excellent run of form of late, scoring an impressive 32-10 away win over Belfast Harlequins. There was disappointment for ninth-placed UL-Bohemian, however, as the Red, Red Robins suffered a narrow 27-24 loss at home to table toppers St Mary’s College.

In Division 2A, Thomond had to be satisfied with taking a losing bonus point from their 28-22 away defeat to Skerries.

The two Limerick sides competing in Division 2C got back to winning ways. Old Crescent - with just one defeat from seven - retook top spot in the table after scoring a convincing 47-7 away win over Sligo. Fourth-placed Bruff also remain on the coat tails of the pacesetters after recording a precious 21-19 win away to Wanderers in Dublin.

Wind-assisted Young Munster led Cork Con 6-0 at half-time at Clifford Park with two Gearoid Lyons penalty goals. However, the home faithful wondered if the Greenfields side would regret not opting for kicks at goal with six first half penalty awards inside their opponents half.

An intercept try helped Cork build a 10-6 lead 10 minutes into the second period. However, Munsters’ secured a deserved win when winger Darragh O’Neill touched down in the left corner in the 52nd minute.

Improving Shannon laid the foundation for an excellent win in Deramore Park when leading Belfast Harlequins 22-5 at half-time. Marcus Horan’s side scored five tries in all with Munster winger Stephen Fitzgerald adding a brace along with tries from David O’Donovan, Richie Mullane and a penalty try. Tadhg Bennett added seven points with the boot in a convincing 22-point success.

UL-Bohs, who trailed 16-17 at half-time, scored tries through Alan Rossiter and Cian Aherne, while Rick McKenna kicked four penalty goals and a conversion as the home side secured a losing bonus point.

In Division 2A, Thomond, who led 19-13 at half-time away to Skerries, were outscored 15-3 in the second half by their hosts. The result leaves Thomond eighth in the table, four points ahead of bottom side Nenagh Ormond.

Old Crescent bounded back from their first defeat of the campaign against Wanderers to put struggling Sligo to the sword at Hamilton Park in Division 2C.

The Rosbrien side who led 14-7 at half-time ran riot in the second half to resume top spot in 2C. Eugene McGovern’s side racked up seven tries in a highly convincing display which saw the Limerick side leapfrog Wanderers into top spot in the division.

Meanwhile, Bruff are within five points of Crescent following their smashing win away to Wanderers at Merrion Road. Bruff recovered from an early 10-point deficit to record a precious 21-19 success, thanks to Tony Cahill’s late penalty goal.

Bruff trailed 8-13 at half-time with Paudi Kilcoyne scoring a try for the Kilballyowen Park side and Cahill landing a penalty goal. Brian Cahill struck for a crucial intercept try for ruff in the second half, while brother Tony was in excellent form with his goal-kicking.