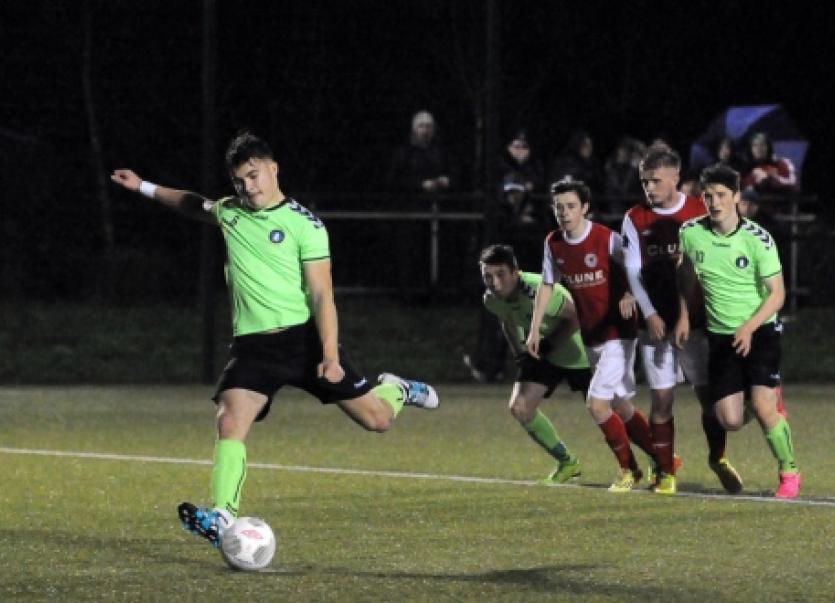 Barrett says his charges are confident for every game and that won’t change for the final, in which they will play the winners of the Cork City v UCD game that takes place in Cobh on tonight.

“We are always confident anyway,” said Barrett. “We don’t really fear anyone because if you go out with that mentality, you are not going to win a game.

“So we always think we are going to win. Hopefully we can do the same in the final.”

Barrett will not be able to call on the services of Paudie O’Connor and Val Feeney who are still suspended after their red cards in the quarter-final win over Sligo Rovers.

“They are big losses,” explained Barrett. They are two of our more experienced lads along with Ross Mann.

“Paudie as captain and Val as vice captain are really good players and have experience with the first team. That’s the way it is. We will get on with it.”

The Limerick FC manager is also delighted that the team will have home advantage for the final and feels that it is a great incentive for his young charges.

“We couldn’t have asked for more to have this game at home. We will try our best against Cork or UCD and it’s a great incentive that the game is in the Markets Field.”