Stander insists leading Munster ‘a challenge not a burden’ 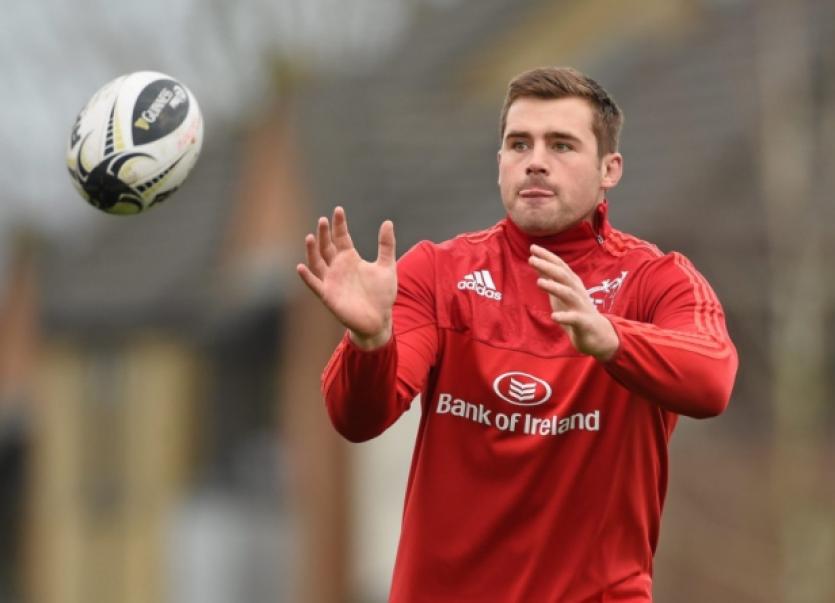 NUMBER eight CJ Stander believes captaining Munster is a challenge not a burden as the province prepares for Saturday’s key Champions Cup clash with Leicester Tigers at Thomond Park, 7.45pm.

NUMBER eight CJ Stander believes captaining Munster is a challenge not a burden as the province prepares for Saturday’s key Champions Cup clash with Leicester Tigers at Thomond Park, 7.45pm.

South African-born, Irish-qualified Stander will lead Munster into their biggest fixture since he assumed the captain’s armband from the injured Peter O’Mahony this season.

Stander said: “We’re a young group and there’s a lot of new faces, young guys in the squad and I think we spoke as a group about wanting to create our own legacy and win stuff. You can’t look back on what they did in 2006 and 2008. It’s not the same people, there’s a few of those players coaching now.

“For me, it’s not a burden at all captaining Munster, it’s a huge challenge because it brings a different level to my game, where I lead the team by the way I play. I just need to be more vocal now but there’s a lot of boys stepping up. You have Tomás O’Leary now, you have (Conor) Murray, you have Keats, you have Denis Hurley talking up. So we have a good group, a good core group that leads the team.”

Stander believes Munster will have to win the forward battle on Saturday night if they are to prevent the Tigers from recording a second European Cup pool victory at Thomond Park.

“They’re (Leicester Tigers) playing winning rugby, they’re moving the point of contact and I think that’s a change they’ve had in their team. They try to keep the ball, I think their stats are 60% possession in all the games and they’re averaging 179 passes every game.

“That’s the difference in the game, that you don’t really know what they’re going to do next. You have to clamp them down early and take away their set-piece, because their set-piece is good, the lineout and scrums.”

Munster clash with Leicester Tigers, which will be refereed by Romain Poite, will be televised by BT Sport.