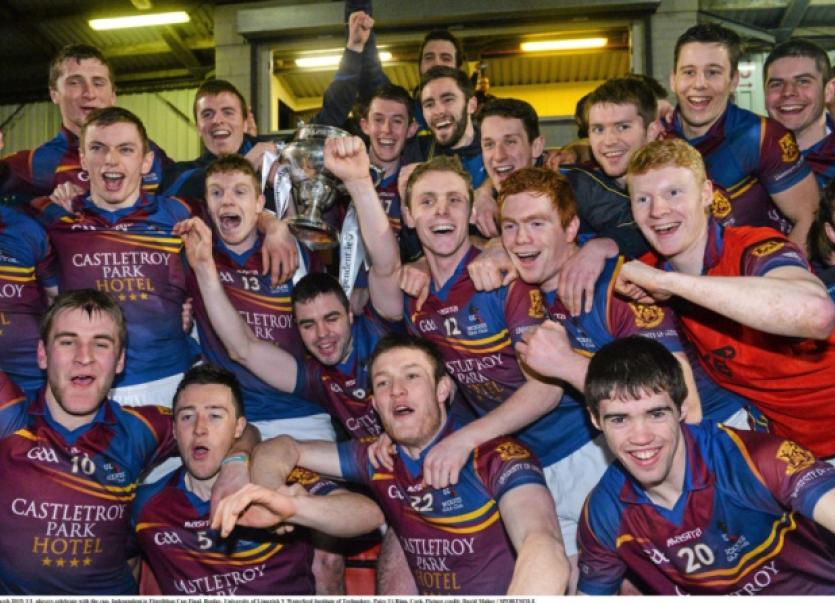 Another re-signing for Super Blues, Stander stepping up and the draws made for the Fitzgibbon and Sigerson Cup are the top sporting stories in today’s Limerick sports update.

Another re-signing for Super Blues, Stander stepping up and the draws made for the Fitzgibbon and Sigerson Cup are the top sporting stories in today’s Limerick sports update.

Limerick FC have been boosted by the re-signing of talented midfielder Lee J Lynch for next season. Lynch returned to Limerick in July having left the Shannonsiders to join Scottish side Hamilton Academical in January of this year. Twenty four year-old Lynch was a key figure for Martin Russell’s side last season as the Blues came within a whisker of pulling off a dramatic escape from relegation to the Fist Division. Lynch played in 15 Premier Division fixtures for the Blues last term, scoring in the thrilling 4-3 win over Bohemians.

“I lead the team by the way I play” - Stander

CJ Stander believes captaining Munster is a challenge not a burden as the province prepares for Saturday’s key Champions Cup clash with Leicester Tigers at Thomond Park, 7.45pm. South African-born, Irish-qualified Stander will lead Munster into their biggest fixture since he assumed the captain’s armband from the injured Peter O’Mahony this season.

Stander said: “We’re a young group and there’s a lot of new faces, young guys in the squad and I think we spoke as a group about wanting to create our own legacy and win stuff. You can’t look back on what they did in 2006 and 2008. It’s not the same people, there’s a few of those players coaching now.

Limerick city rivals UL and Mary Immaculate have been drawn in the same group for the 2016 Fitzgibbon Cup. The draws were made this Wednesday lunch-time in Croke Park. Completing Group C are Dublin IT and NUI Galway. Limerick IT are in Group A with UCC, UCD and Maynooth. Brian Lohan’s UL are the defending Fitzgibbon Cup champions. Meanwhile in football’s Sigerson Cup, UL will face IT Tralee in their opening round game. Both LIT and Mary Immaculate play in the second tier in football and the city rivals have been drawn to face each other in the preliminary round of the Trench Cup.

Ireland’s women’s rugby team will have the opportunity to qualify for the Rio Olympic games next summer at home. The World Rugby Women’s Sevens Olympic Repechage Tournament will be held at the UCD Bowl in Dublin on 25 and 26 June, 2016.

Ireland will be one of 16 teams battling it outt for the one remaining place at next year’s Olympic Games in Brazil.

This is another major boost for Irish women’s rugby, following on from the similar successful tournament run in Belfield in August. It was also announced earlier this year that Ireland will host the 2017 Women’s Rugby World Cup.

Arsenal qualified for the next stages of the Champions League thanks to a 3-0 win over Greek side Olympiacos. French striker Olivier Giroud was The Gunners’ here as he bagged a hat trick. Arsene Wenger’s side needed to win by three goals or better Olympiacos’ 3-2 win against them in their first group game. This was a stunning result for Arsenal, as they were without seven regular starters due to injury. Arsenal now join other English sides, Man City and Chelsea in the last 16 of the competition.