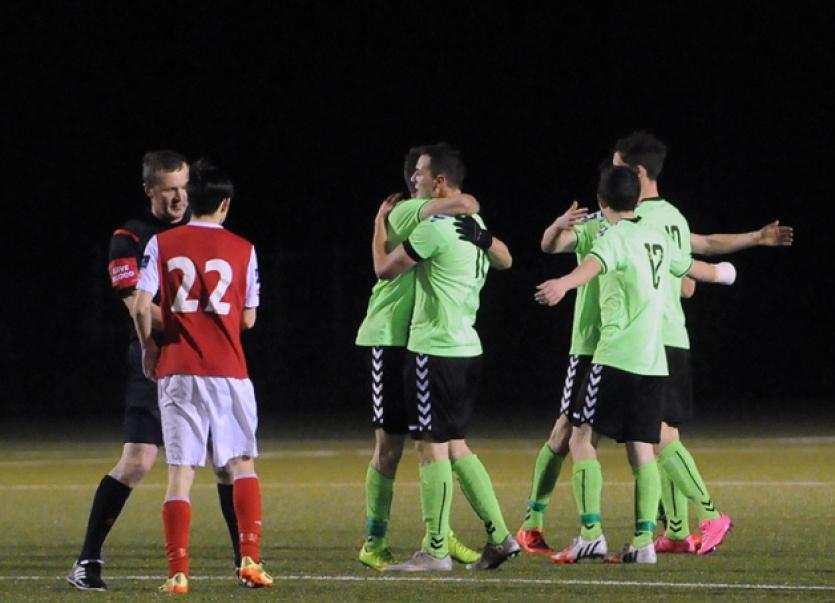 LIMERICK FC’s U-19 team are chasing glory this Sunday as they bid to win the National League title for the first time.

LIMERICK FC’s U-19 team are chasing glory this Sunday as they bid to win the National League title for the first time.

Tommy Barrett’s side have reached the final thanks to wins in the quarter-final against Sligo Rovers and a semi-final win over St Patrick’s Athletic last weekend.

Limerick will take on either Cork City, who play their rescheduled semi-final in Cobh tonight.

Barrett is expecting a tough game against whoever Limerick end up playing in the final.

Ross Mann will continue the captain the team due to the suspensions of captain Paudie O’Connor and vice captain Val Feeney.

”I’m very proud to lead the team, I can’t wait for it,” said Mann.”We have good players to come in for Paudie and Val.

“We have a big squad and have rotated the team all season. The boys came in against St Pats and did the job. Hopefully they can do the same on Sunday.”

Limerick started the knockout stages of the U-19 season with a win on penalties against Sligo Rovers. The game finished an incredible 5-5 after extra time with the Blues down to nine men.

An own goal and a Clyde O’Connell penalty saw them beat St Pat’s in a wet and windy UL last weekend.

Limerick have had an impressive campaign to date and have had top performances in the lead up to the final from Mann, Sean McSweeney, top scorer Yoyo Mahdy and keeper Tommy Holland.

The game at the Markets Field has a 5.30pm kick off on Sunday and the Kilcornan man is hoping that a big crowd will turn up to the Garryowen venue.

”It will probably be windy and lashing rain again but at least there is a bit of cover in the Markets Field, if we got 500 it would be unbelievable,” said Mann.