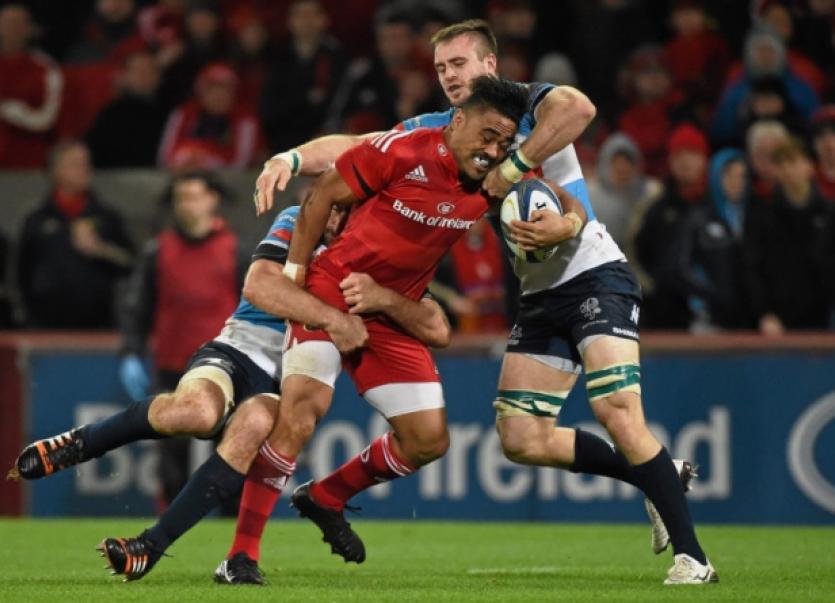 MUNSTER head coach Anthony Foley admits that while Sunday’s Champions Cup clash with Stade Francais in Paris is sure to be ‘an emotional occasion’, it’s crucial his charges remain focused on playing a rugby game.

MUNSTER head coach Anthony Foley admits that while Sunday’s Champions Cup clash with Stade Francais in Paris is sure to be ‘an emotional occasion’, it’s crucial his charges remain focused on playing a rugby game.

Munster travel to Paris next weekend, a week after the French capital was rocked by terrorist attacks which claimed the lives of 129 people on Friday night.

All European Cup games which had been due to take place in France on both Saturday and Sunday were postponed. However, Munster are set to travel to Paris next weekend for the crucial Pool 4, round two, tie which kicks off at 3.15pm Irish time on Sunday.

Foley said it was important the Munster side ‘represent our people’ next weekend in Paris and ‘do it in the right manner.’

“We know what is going to face us when we play the French champions over in Paris next week. It will be an emotional occasion and it is about playing a game of rugby.

“You often hear that we (professional rugby coaches and players) than we live in a different world to most people, but everyone was touched by what happened last (Friday) night. We try and keep a ban on Twitter and stuff like that, but I think a lot of people were quite open about the shock they had and what was going on in Paris.

“It is about getting a focus on a job. You do understand it is not the most important job in the world. It is not like that. We have to go and represent our people on Sunday and make sure we do it in the right manner and get it done.

“During the week we will have probably one media day. There will be a lot discussed in that. Other that than it is probably the only day it will be mentioned within the group.”

Stander said: “It was a big talk. What happened is tragic. We saw what happened. It was very bad. I don’t know if you saw but we wore black armbands.

“It’s something we have in the back of our minds (next weekend v Stade Francais). It’s difficult but we have a job to do. It’s not going to effect what happened anyway. We just have to go out there, play our game and respect the people of France. It’s really tragic.”