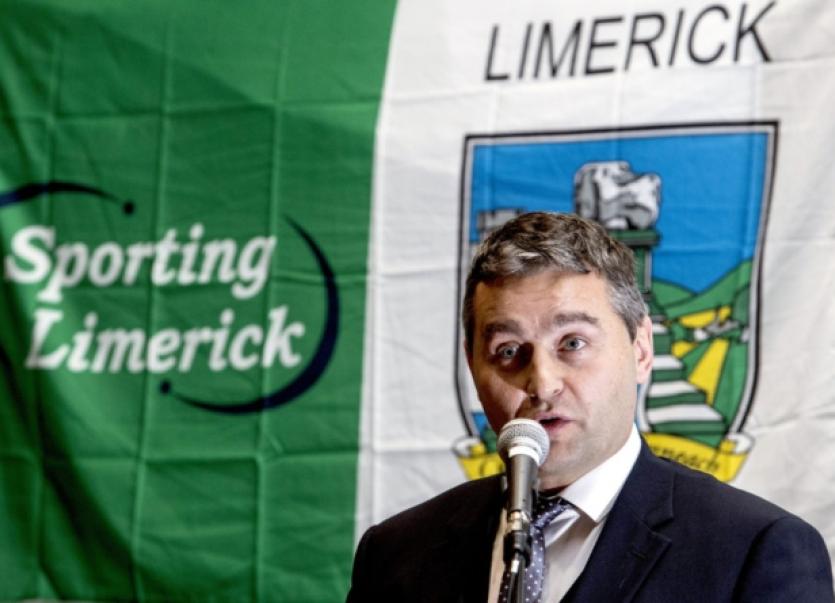 LIMERICK’S Allianz Hurling and Football League fixtures have been confirmed for 2016.

LIMERICK’S Allianz Hurling and Football League fixtures have been confirmed for 2016.

TJ Ryan’s hurlers have just two home games out of their five group games in Division 1B, while John Brudair’s footballers will have four of their seven Division Three games at home.

Saturday March 12 will be the only double-header of the league with the hurlers playing Laois at 5.00 and the footballers playing Westmeath at 7.00 - both under the floodlights of the Gaelic Grounds.

Sunday March 6 is the only other day that both county sides will be in action - the footballers away to Kildare and the hurlers away in Offaly.

First into action will be the footballers with a home game against Tipperary on Sunday January 30. While this game takes place in the Gaelic Grounds, the ties against Clare and Offaly will be played in Newcastle West.

The hurlers will begin their quest for promotion on Saturday February 13 when Wexford provide the opposition in a floodlight game in the Gaelic Grounds.

in Glennon Brothers Pearse Park at 2.00

in St Conleths Park, Newbridge at 2.00