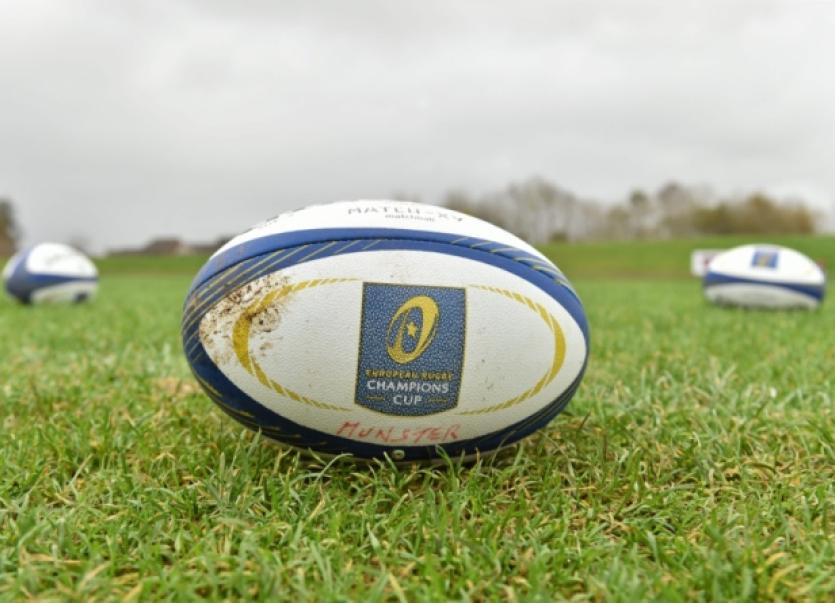 MUNSTER’S European Champions Cup tie against Stade Francais scheduled to take place at the Stade Jean Bouin in Paris on Sunday has been postponed.

MUNSTER’S European Champions Cup tie against Stade Francais scheduled to take place at the Stade Jean Bouin in Paris on Sunday has been postponed.

Munster revealed that following discussions between competition organisers, EPCR, Stade Francais and local authorities in Paris this Tuesday afternoon, it has been decided to postpone this Sunday’s Champions Cup encounter at the Stade Jean Bouin.

The decision comes in the wake of the terrorist attacks in Paris on Friday evening which claimed the lives of up to 130 people.

An alternative date for the Pool 4 fixture is expected to be announced shortly.

The Munster squad had been preparing for Sunday’s scheduled Champions Cup fixture with the squad training at UL this Tuesday. Munster also held their weekly media briefing in advance of the scheduled second round game at the Castletroy Park Hotel.

In a statement on their official website, Stade Francais confirmed: “In light of recent and tragic events, the Stade French Paris does not wish to overburden or complicate the work of the government and security forces by organizing a sporting event to bring together 15,000 people in Jean Bouin stadium.

“The club has therefore decided to postpone the meeting Stadium French Paris - Munster initially scheduled to take place this Sunday, November 22, 2015 at 16:15.

“In consultation with the authorities, the EPCR and NRL, a postponement date will be announced shortly.”

Commenting on the announcement, Munster Rugby CEO Garrett Fitzgerald added: “We fully understand the decision to postpone this weekend’s game and would not wish to hinder the work of government and security forces in what has been, and continues to be a very trying time for all in Paris and France.

“Now our attention must switch to working with Stade Francais and EPCR in rescheduling the game for a time that is amenable to both sides.”

Fans who had intended to travel to Paris should contact their airline or tour operator for further information while an announcement on tickets will follow in due course.