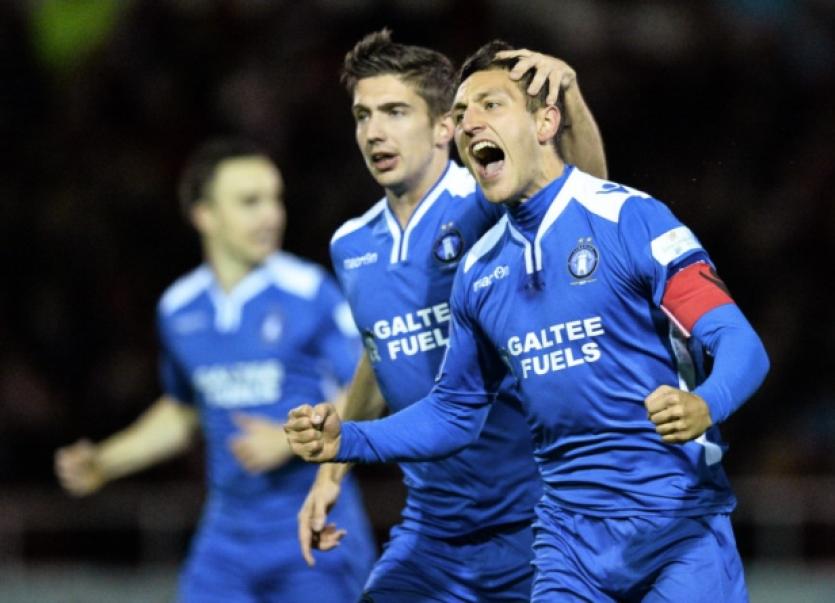 MARTIN Russell has been handed a huge boost with the news that Shane Duggan and Paul O’Conor have signed new deals with the club.

MARTIN Russell has been handed a huge boost with the news that Shane Duggan and Paul O’Conor have signed new deals with the club.

Limerick FC captain Duggan has rejected advances with other SSE Airtricity League teams to remain with his local club, despite their relegation to the First Division.

“I’m delighted – it’s brilliant now to get the deal finally done,” Duggan told LimerickFC.ie. “I’m looking forward to pre-season and meeting up with the group of lads again.

“I feel the club, with the way we finished last season, there is a lot of potential going forward and I want to be part of that. I just hope we can get the club promoted back into the Premier Division where it belongs.

“I had a few other offers. For me, with the disappointment we had coming down, it would have been hard to walk away and leave the club in the First Division without trying to do anything to help it.”

Duggan’s fellow midfielder Paul O’Conor has also committed his future to Limerick FC by signing a two-year-deal. The 28 year old played a key role in Limerick’s superb run of results in the second half of the season.

“The way the last couple of months of the season went, between players, fans and the club, the whole community came together,” O’Conor told LimerickFC.ie.

“Obviously, for it to finish on such an extreme low it was tough, but the team wants to bounce back together. It’s a great dressing-room. It’s a dressing-room that looks like it’s going to come back together to try to get the club back to the Premier Division.

“It’s the character that we have in the dressing-room. We’ve got great characters. Hopefully, we’ll sign the majority of the team back and we’ll get through it together.”