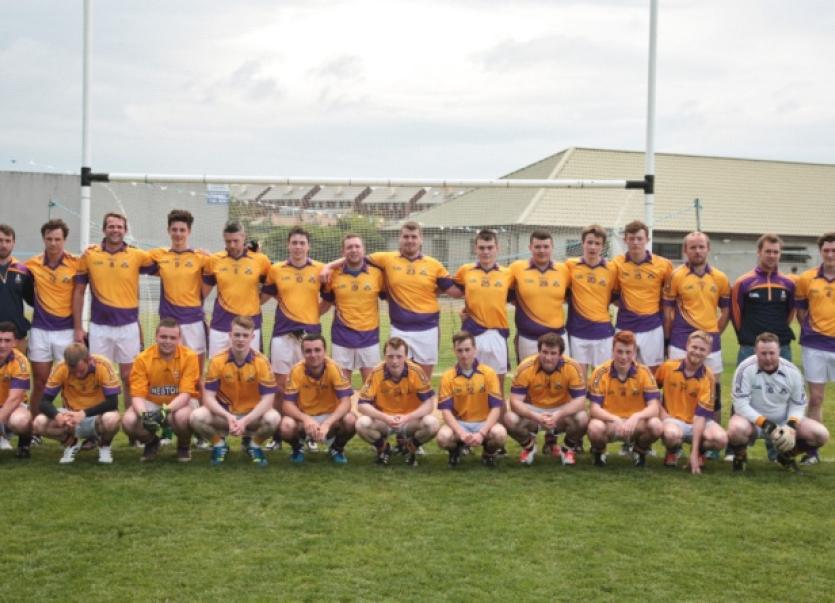 ALMOST five months after the original fixture, the Limerick Junior B Football League final is refixed for this Saturday.

ALMOST five months after the original fixture, the Limerick Junior B Football League final is refixed for this Saturday.

Croom is to host the re-fixture between Ballybricken-Bohermore and Ballysteen.

On June 25 last Ballybricken-Bohermore were awarded the title in bizarre circumstances.

A pitch mix-up created confusion in Na Piarsaigh’s GAA grounds, which resulted in Ballybricken-Bohermore being presented with the winners trophy.

Initially it was thought that the Limerick CCC were to award to the game to Ballybricken-Bohermore but now it appears that the east Limerick side have offered to replay the final.

Originally scheduled for a 7.30 throw-in on June last, the game itself was delayed as an underage blitz was taking place on the pitch.

Ballysteen had originally turned up, but left the venue when it appeared that the pitch was occupied.

The referee made the decision at 8pm that the game wouldn’t go ahead and the cup was presented to Ballybricken-Bohermore.

Speaking last June, Ballybricken-Bohermore manager Alan Stack said: “It’s not the way we want to win it, but it wasn’t our decision. It’s a situation that happened that maybe shouldn’t have arisen, but the decision wasn’t ours.”

At the time Ballysteen GAA Twitter explained their stance.

‘We arrived at the venue at 6.45, where we were told on numerous occasion by the County Board officials there was no game going ahead. Na Piarsaigh officials also confirmed the pitch was not booked and other games were commencing on the fields and our players (along with county board gate collectors) left the venue which was end of matter as far as we were concerned.’