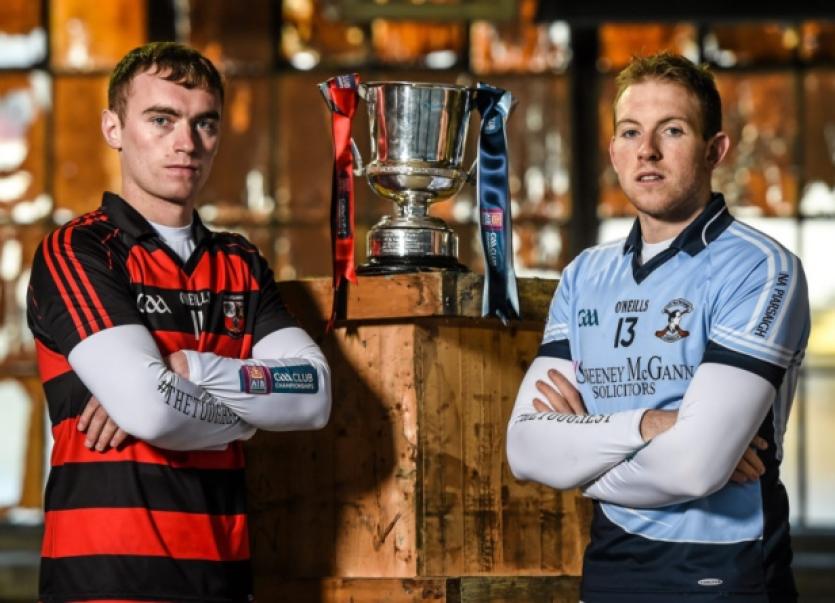 ONLY Cork’s great Blackrock team of the 1970s have managed to win three Munster club SHC titles in a five year period.

ONLY Cork’s great Blackrock team of the 1970s have managed to win three Munster club SHC titles in a five year period.

Since the inception of the competition in 1964 that only one club have managed the feat is testament to the challenge that faces Na Piarsaigh in this Sunday’s Munster final in Thurles against Ballygunner.

Champions in 2011 and 2013, the Caherdavin side bid to join Glen Rovers, Toomevara, Sixmilebridge, Newtownshandrum and Kilmallock in the roll of honour with three titles - none of this list achieved their tally within a five year period. Just Blackrock (5) and St Finbarrs (3) are the only clubs with more than three Munster crowns.

At least a dozen of the Na Piarsaigh panel chase a third winner’s medal this Sunday.

And, it’s back to where it all began for the city side with Sunday’s final a repeat of the 2011 opening round game against Ballygunner.

The bookies make the Caherdavin club the 1/2 favourites on Sunday but 2011 winning captain Kieran Bermingham insists they will take nothing for granted.

“We have a massive battle ahead of us and we will take nothing for granted because we know that Ballygunner are a serious team, who scored 19-points against Glen Rovers,” stressed Bermingham, is now a selector.

Enroute to that title, they beat Sunday’s opponents.

”We will respect Ballygunner but we don’t fear anybody - if we play our game and we are beaten, that’s fine.”

Bermingham and another former player Shane O’Neill combine in the management, along with strength and conditioning coach Darragh Droog and former Clare and Offaly coach Alan Cunningham.

”I think we trust each other - we are a management team, we make calls and sometimes we get them wrong but we would like to think we get most right,” said Bermingham.

”We are very proud to be over this group of players and let’s hope it continues for as long as it does. We are very pleased with the squad we have and very happy with the effort everyone puts in - everyone in the club is behind us and lets see where we can go.”

He added: “We are just very happy to be in a Munster final again - we know what it’s like with the buzz around the club”.

That ‘buzz’ has seen the club at the forefront of Limerick club hurling since 2009.

For the long-serving Kevin Ryan its former manager Sean Stack that instilled the love of the Munster championship.

“I remember the first Munster game five years ago down in Walsh Park. I remember Sean Stack telling us that theses days are the best days of our lives.

“It’s great to be playing the Tipperary champions in the Gaelic Grounds but getting on a bus at 8-9 in the morning and travelling, there is no better feeling,” explained the forward, who scored two points against Ballygunner in 2011.

“Sean drove the love of it into us - he had been there and done it all. He instilled the mentality in us that these are great days. It’s October/November hurling and you just have to go out and express yourself not matter what team you are up against.”

“We were on a roll after winning our first county championship game - we didn’t know what to expect and I think Ballygunner had a few days out in the Munster championship before but they didn’t know what to expect from us either. When they were eight points up with 15-minutes to go, they took off one of their stalwarts and he got a standing ovation from the crowd and they thought they had it,” he recalled fondly.

“We will be no fools - we know they will have something to prove against us. We have to go out and match them for work-rate,” he stressed.

Sunday’s winner will progress to February’s All Ireland semi final against Dublin’s Cuala or Wexford’s Oulart The Ballagh.

Beaten in the Spring semi finals of 2012 (Loughgiel) and 2014 (Portumna), Na Piarsaigh are now the 9/4 favourites for the All Ireland club title next March.