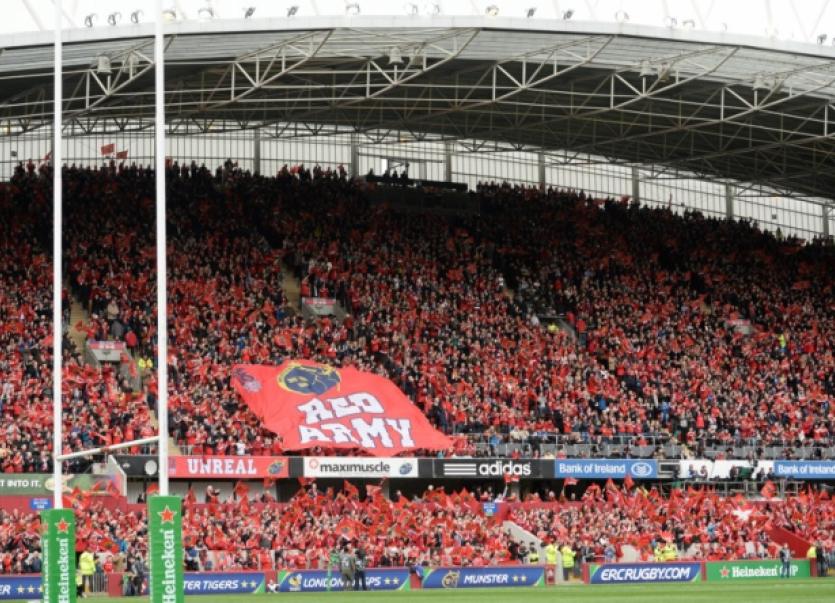 MUNSTER will be hoping to welcome back some of their Irish World Cup contingent for Friday’s Guinness Pro12 game against Ulster in Thomond Park.

MUNSTER will be hoping to welcome back some of their Irish World Cup contingent for Friday’s Guinness Pro12 game against Ulster in Thomond Park.

Simon Zebo and Donnacha Ryan were with the squad in Limerick on Monday and could feature at some stage but Conor Murray and Keith Earls, who featured in the bulk of Ireland’s games, won’t be involved on Friday.

Munster are at the start of a hectic spell that will see them play on 16 consecutive weekends. The win over Cardiff in Cork on the weekend before last started that run of games and Munster will be keen to return to winning ways after last week’s narrow loss away to the Scarlets.

“With anything around fellas coming back from a big tournament, off a big disappointment, they are physically in great shape but we need to see mentally where they are at,” said Foley of his returning internationals.

“We are going into week three now of a 16-week block. You don’t want to put them in early and suffer the consequences later.

“It was a kick of a ball in it last year (against Ulster). They had a kick to win it in Thomond Park and they managed to kick it from out in the touchline to draw it above in Kingspan so there isn’t much between the sides. Both sides have their one or two bangs and knocks and fellas returning from international duty, it should be a very, very tasty affair in Thomond Park and it will be a game that you need to be at - you need to be live at it because it’s going to be a tasty one.”

Friday’s game represents Munster’s second last before the start of this season’s European Champions Cup as they travel to Edinburgh on Saturday week before then beginning their European campaign at home to Treviso the following Saturday and then going to Paris a week later to take on Stade Francais.

Ulster have won three and lost two of their opening five games and are also expected to welcome back some of their international players.

The likes of Rory Best, Chris Henry and Iain Henderson are also likely to be excused but lesser-used players such as Darren Cave and Paddy Jackson could be involved.

Friday’s game is live on TG4 and kicks off at 6pm.