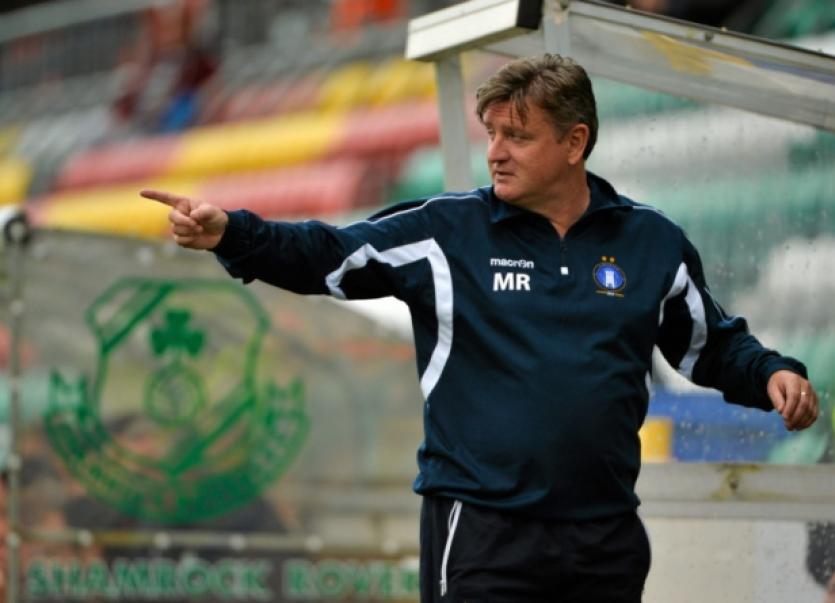 LIMERICK FC manager Martin Russell believes that his team do not have to go “all guns blazing” in their do or die game against Sligo Rovers on Friday evening.

LIMERICK FC manager Martin Russell believes that his team do not have to go “all guns blazing” in their do or die game against Sligo Rovers on Friday evening.

The Super Blues lie bottom of the table and need to beat Sligo, and hope Shamrock Rovers get three points against Drogheda United to have any hope of reaching the relegation playoff.

Russell expects no favours from a Sligo side who look all but safe after beating St Pats last weekend.

“We just have to focus on putting in a performance as always that gives us a chance of getting a win.”

“The reality is that we have to go to Sligo and win. That clearly is our focus to get some goals. We know what we have to do. We will give it our best shot.

Limerick lost 2-0 at home to Shamrock Rovers last Saturday and Russell believes that there wasn’t much between Rovers and his own team and against Derry City the previous week.

“Anybody that looks at the two games again, by no means had Freddie (Hall) been overworked.

“We haven’t battered the goals down but we have had chances and it was highlighted Monday night on RTE that there is case a of the first goal that Paul (O’Conor) stuck in was an onside goal because their defender was on the line.

“It didn’t go for us. On top of that we have had equally as good chances, as many corners if not more corners going into attacking areas more than Shamrock Rovers the other night.

“I thought the other one was also onside as the ball in being played by Ian Turner, that was also highlighted. Usually those type of decisions can go for you as a home team but they didn’t go for us the other night.”

The Limerick FC manager also rebuffed the theory that his side have buckled from the pressure when the opportunity came to climb off the bottom of the table.

“For me there are no tweaks in the lads characters. They have already proven that they can bounce back from a defeat.”

The Sligo Rovers v Limerick FC game kicks off at 7.45pm at the Showgrounds and is live on RTE 2.