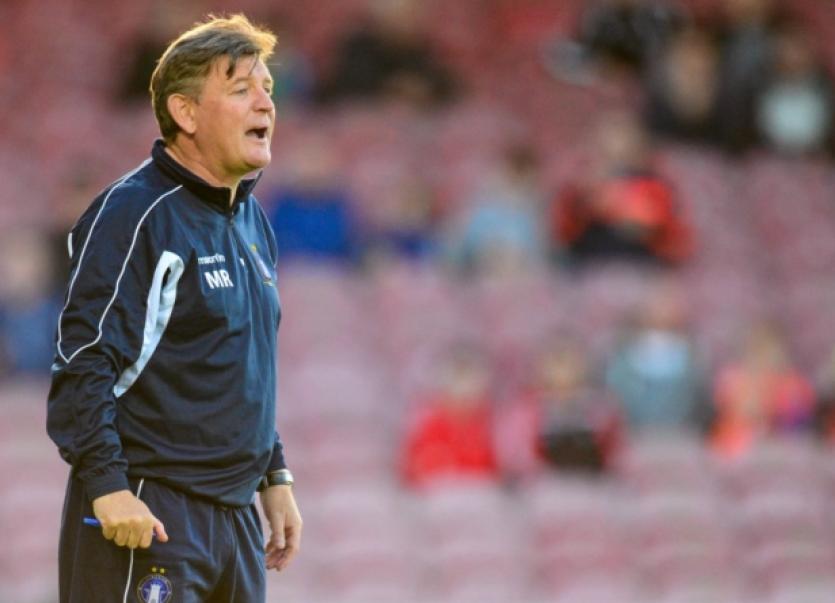 Russell to remain as Limerick FC boss, Munster loss for Bruree and a five star showing for Limerick’s AIL teams are the top sporting stories in Monday’s Limerick sports update.

Russell to remain as Limerick FC boss, Munster loss for Bruree and a five star showing for Limerick’s AIL teams are the top sporting stories in Monday’s Limerick sports update.

Limerick FC Chairman Pat O’Sullivan says Martin Russell will remain on as team manager for 2016 as the Blues target an immediate return to the SSE Airtricity League’s Premier Division. The club’s three-year stay in the top flight was dramatically ended at Finn Park, Ballybofey on Friday night following their heart-breaking 2-0 extra time, play-off defeat to Finn Harps. “I met Martin (Russell) the week before last and I told him he was staying,” said O’Sullivan. “He wants to stay. We are working in the background to create a sustainable financial model for the club.“I told the players the manager is staying.”

Shannon outfit Wolfe Tones proved too strong for Limerick champions Bruree in this Sunday’s Munster club IHC semi final, 1-12 to 0-11. The Clare champions ran out deserving four point winners in Kilmallock yesterday and advance to a November 22 final against Newcestown of Cork. Nine year ago this sides met in the Munster club senior championship and on that occasion the Shannon side were 1-14 to 0-5 winners in Ennis. In front of an attendance of 896 it was closer this time round but Wolfe Tones were set for victory when a Rory Hayes goal had them 1-10 to 0-6 clear 10-minutes into the second half. For Jerome O’Connell’s full match report click here.

Rugby - Good weekend for Limerick teams in the AIL

Limerick sides recorded five wins in the Ulster Bank League on Saturday. In Division 1A, Garryowen jumped up to third place in the table, thanks to an excellent 28-13 away win over Old Belvedere. Young Munster edged Cork Con 11-10 at Tom Clifford Park. Meanwhile, in Division 1B, sixth-placed Shannon had an impressive 32-10 away win over Belfast Harlequins. UL-Bohemian suffered a narrow 27-24 loss at home to table toppers St Mary’s College. In Division 2A, Thomond had to be satisfied with taking a losing bonus point from their 28-22 away defeat to Skerries. The two Limerick sides competing in Division 2C got back to winning ways. Old Crescent had a convincing 47-7 away win over Sligo. Fourth-placed Bruff ag a precious 21-19 win away to Wanderers in Dublin. For a full roundup of the games involving Limerick teams click here.

Soccer - Dundalk on the double after FAI Ford Cup win

Stephen Kenny’s Dundalk secured their first league and cup double since 1988 after Richie Towell’s goal in extra time saw off Cork at the Aviva Stadium. The game was played in dreadful conditions and it took Towell to intervene with his 29th goal of the season to ensure the showpiece final did not go to penalties. Kenny was obviously delighted after the final whistle: “It’s brilliant, I’m lost for words, said Kenny. “I would have to thank the amazing support we got from Dundalk today. The players all season, well they have been exceptional and they are a credit to themselves. They deserve the FAI Cup.”