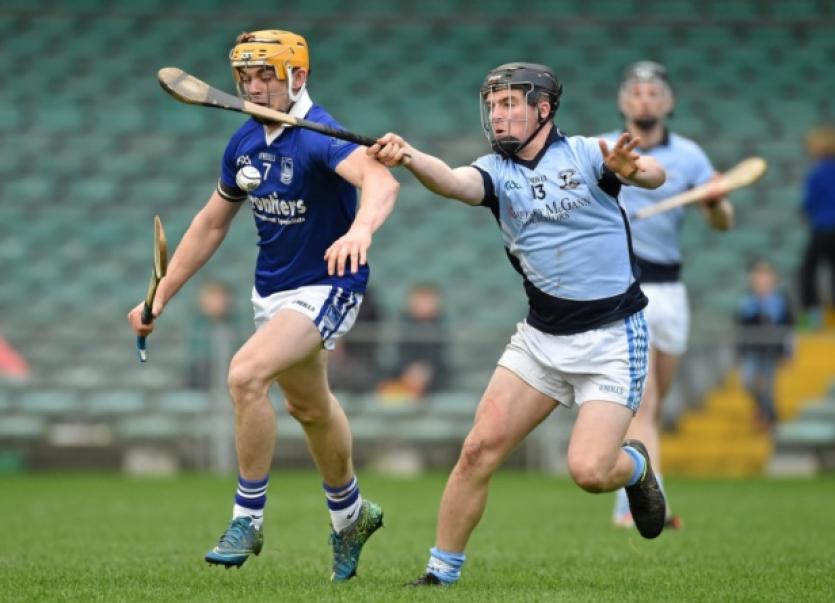 NA Piarsaigh remain on track for a third Munster title in five years after Sunday’s 2-15 to 0-17 semi final win over Thurles Sarsfields.

NA Piarsaigh remain on track for a third Munster title in five years after Sunday’s 2-15 to 0-17 semi final win over Thurles Sarsfields.

The Limerick champions had second half goals from Limerick All Ireland U-21 winners Peter Casey and David Dempsey as the platform for their victory.

In front of 2,892 of an attendance in the Gaelic Grounds, Na Piarsaigh showed all the composure of a side that are now unbeaten in eight provincial championship games.

Thurles Sarsfields played with the aid of the breeze in the opening 30 minutes. While a Shane Dowling free opened the scoring it was Thurles that set the early tempo. They were 0-5 to 0-2 clear after 10 minutes.

With Na Piarsaigh yet to score from play Thurles had points from Aidan McCormack (2), Pa Bourke and Stephen Cahill.

Kevin Ryan finally had Na Piarsaigh on the scoresheet from play in the 10th minute.

But Na Piarsiagh did go close to goal when a Will O’Donoghue solo created a chance for David Dempsey, but he couldn’t get his shot on goal in the 14th minute.

Peter Casey and Alan Dempsey had Na Piarsaigh scores but still Thurles were on top with Aidan McCormack notching his third from play to move his side 0-8 to 0-5.

The final 10 minutes of the half saw the sides share six points with two more Dowling frees and a second score from Alan Dempsey keeping Na Piarsaigh in touch.

But the two final scores fell to Thurles with John Maher and Lar Corbett getting points. The Corbett effort could have been a goal but for a fine save from Padraic Kennedy between the Na Piarsaigh posts.

On the change of ends Kevin Downes gave Na Piarsaigh the ideal start with a score after 30 seconds.

Within seven minutes they were ahead.

Kevin Ryan pointed and then came the first goal when Peter Casey crashed brilliantly to the roof of the net after he weaved his way goalwards from a right angle on the endline.

As the floodlights were switched one, Na Piarsaigh were now on top in the middle third and two Dowling frees edged them back in front.

Thurles weren’t buckling through and Stephen Cahill and Pa Bourke (free) tied up the contest with 10 minutes to play, 1-14 to 0-17.

But that was it from the Tipperary champions, who failed to score again.

Seven minutes from time captain Cathal King surged from defence to loft over a fine point to move his side back ahead again.

They could have moved forward ahead but their wides tally for the half was to hit seven.

Regardless, with five minutes to play they had one foot in the final when David Dempsey goaled.

Aidan McCormack went closest two minutes from time but Kieran Kennedy was alert to take it off the goal-line and clear to safety.