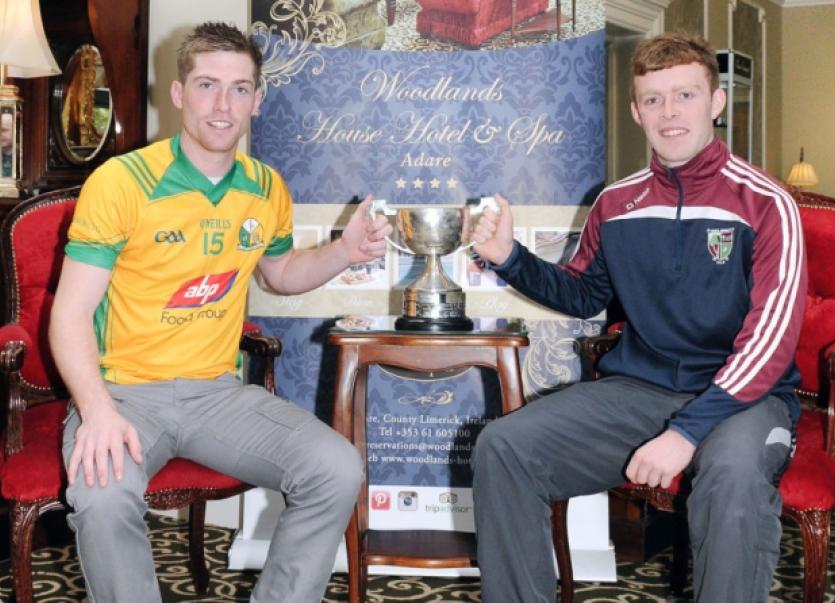 Cappagh and Galtee Gaels meet in the Junior A Football Final on Saturday afternoon in Bruff.

West Limerick side Cappagh have had an outstanding year up to date. They won five of their six games on their way to their first west final in 13 years - a game that they beat Monagea by three points.

Mike McMahon, a key man in Newcastle West’s SFC title win last week, did the physical work with Cappagh at the beginning of the year and by all accounts did a great job.

O’Carroll is the star man of the team but Peter O’Dea, Thomas Stokes and David Lynch have all played a huge part in getting Cappagh to the county final.

Sean Lane is over the Galtee Gaels side that finished second in the south championship behind Ballylanders. Galtee hit form in the knockout stages beating Croom in the south semi-final and then Ballylanders in the final.

They beat Monagea in the county quarter-final before a comfortable win against Kilteely-Dromkeen saw them through the 2015 County Junior A Football Final.

Tommy Childs is a key man for Galtee and the towering midfielder has had an outstanding season around the middle of the field, while Andy Breedy and Alan Condon provide a huge threat in the full forward line.

Na Piarsaigh and Drom-Broadford meet in a county Junior A Hurling Championship for the second time in Bruff on Saturday afternoon.

The last time they met was in the 1990 final and it was Na Piarsiagh who came out on top in that game.

The Caherdavin side reached last years final but lost to Feohanagh-Castlemahon after a replay, having thought they had won the final after the first game.

Ray Lynch has done an outstanding job in his role as player/manager for Drom-Broadford but he has been helped greatly by Limerick senior football manager John Brudair, who is coach of the team.

After a poor group stage, by which they only qualified for the quarter final thanks to goal difference, Drom have been superb.

Templeglantine, Rathkeale, Staker Wallace and Castletown-Ballyagran have all been seen off by this Drom-Broadford side en route to the final.

Murt O’Donoghue’s side beat Patrickswell in the semi-final but drew the city final against St Patricks.

Due to time restrictions, that replay was not played until after the county quarter-final.

Na Piarsaigh beat Ballybricken-Bohermore in the quarter final before a comfortable win in the city final replay.

On Tuesday night they beat Doon by three points in the county semi-final to reach the 2015 decider.

The sides were level at half time but led by Gordon Brown and Tommy Grimes, plus the introduction of Gordon Leonard, helped Na Piarsaigh to a hard fought win.