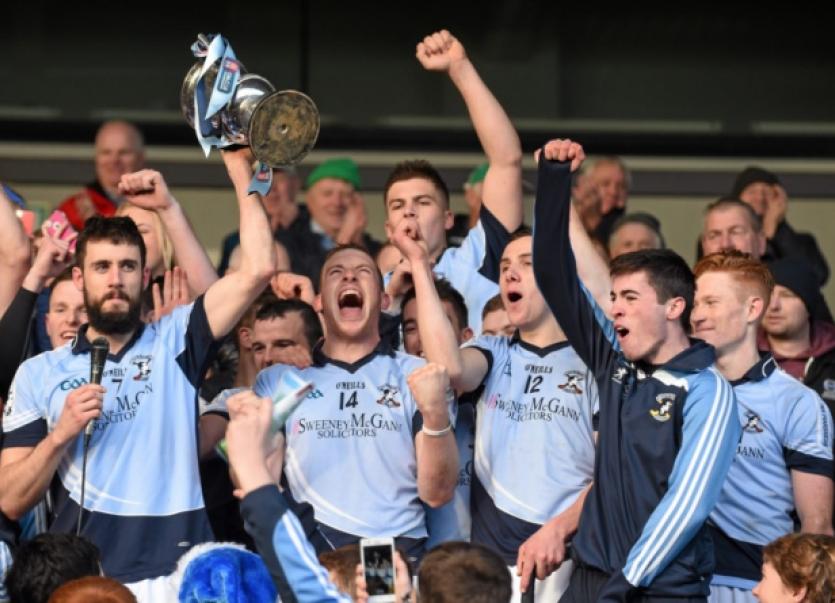 NA Piarsaigh can now rightly lay claim to be one of the great Limerick club hurling sides after they romped to a third Munster club SHC title in five years with a 2-18 to 2-11 win over Ballygunner.

NA Piarsaigh can now rightly lay claim to be one of the great Limerick club hurling sides after they romped to a third Munster club SHC title in five years with a 2-18 to 2-11 win over Ballygunner.

Just five years ago the Caherdavin GAA club finally won their maiden Limerick SHC title but they have gone from strength to strength and have now completed county and provincial doubles in 2011, 2013 and 2015.

Sunday’s seven point win over Waterford’s Ballygunner in Thurles saw Na Piarsaigh become just the second club ever to win three titles in five seasons – following in the footsteps of Cork’s Blackrock of the 1970s. The Rockies lead the way in the Munster club roll of honour with five titles and Na Piarsaigh are now hot on their heels and have joined Kilmallock as Limerick’s most successful club side in Munster with three titles.

Once again Na Piarsaigh made their spectators in the 2320 attendance in Semple Stadium sweat. The city side were sluggish in the opening half but turned in a sublime second half display to see Cathal King lift the Munster cup to follow in the footsteps of Kieran Bermingham and James O’Brien. The win was all the more impressive given that they had to start with injured inter-county men Kevin Downes and David Breen.

While Alan Dempsey had the first score of the game and Kevin Ryan followed up with another two minutes later, it was Ballygunner that led throughout the opening half. They were 0-5 to 0-2 ahead at the mid-point of the half, albeit all but one of their scores came from frees.

A long range Ronan Lynch frees ended just over 10-minutes without a Na Piarsaigh scores and then in the 19th minute came their goal when David Dempsey found the net after a long Mike Foley delivery fell at his feet and as the goalkeeper advanced Dempsey coolly readjusted his footing to dispatch a groundshot to the net. That had them 1-3 to 0-5 ahead.

Sub JJ Hutchinson and Shane Dowling exchanged points but then it was the Waterford side that finished the stronger. Their goal came eight minutes from the half time whistle when Tim O’Sullivan found the net after a number of failed defence clearances from Na Piarsaigh. So at the interval it was 1-7 to 1-4 to the in green and black. But no need for Na Piarsaigh panic and they have fought back strongly enroute to this final with fine second half displays against Sixmilebridge and Thurles.

On the change of ends Na Piarsaigh were transformed. Their work-rate increased and from the off they set the tempo. Peter Casey, Will O’Donoghue and Mike Foley were on the mark as they went ahead, 1-8 to 1-7. Indeed Ballygunner only scored once in the opening 20-minutes of the half. That came in the 11th minute but merely interrupted the Na Piarsaigh onslaught with David Dempsey, Kevin Ryan and Peter Casey rifling over points to move 1-13 to 1-8 clear with 12-minutes to play.

It was to be 10-minutes from the final whistle when Ballygunner got their first score from play in the second half and it still had them very much in touch. But such is the Na Piarsaigh experience and composure they hit back with Dempsey brothers David and Alan moving the lead back to five points.

There was one more twist and the Waterford side goaled in the 54th minute to reduce the gap once more.

Testament to their mantle as champions, Na Piarsaigh responded with 1-3 in the final four minutes with Shane Dowling crashing high to the net to seal the win.

Na Piarsaigh now face into a lengthy winter break before they take on Leinster champions Cuala or Oulart the Ballagh in February.