Earls: “Munster’s new band of leaders ready to step up” 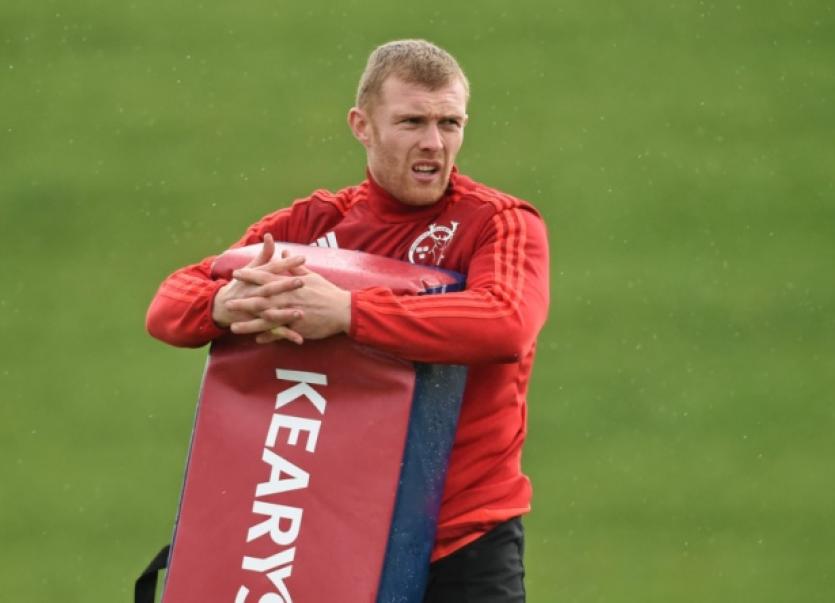 MUNSTER star Keith Earls insists new leaders are emerging in the squad following Paul O’Connell’s departure from the province in the summer.

MUNSTER star Keith Earls insists new leaders are emerging in the squad following Paul O’Connell’s departure from the province in the summer.

Earls and his Munster team mates are gearing up for a top-of-the-table Guinness PRO12 clash with Connacht at Thomond Park on Saturday, 5.15pm. Table toppers Connacht currently enjoy a one-point lead over second-placed Munster ahead of their interprovincial clash.

Munster go into Saturday’s game on the back of a ‘free’ weekend following the cancellation of their scheduled European Champions Cup clash with Stade Francais in Paris. A new date for the Pool 4 fixture is set to be announced shortly by competition organisers.

Earls admits that O’Connell’s absence from the Munster dressing room has felt strange. Former Munster captain O’Connell is working his way back to fitness before joining French Top 14 side Toulon.

Keith Earls said: “I know we went through a period where he (Paul O’Connell said) was injured and he hasn’t been playing but he’s always around in meetings and speaking up and obviously. This is a new group now, there’s nothing holding us back to the past and it’s up to us now to bring Munster forward and a lot of lads are speaking up in meetings now, including the young lads.

“You can see a bit of a leadership kind of group coming together, which is great. There’s no more kind of thinking, “Paulie will fix it or RO’G’ll (Ronan O’Gara) fix it, or Dougie’ll (Doug Howlett) fix it. You have to take it on yourself now.”

Twenty eight-year-old Earls said he’d like to consider himself as one of the new team of leaders in the Munster squad. “I’d like to think so. I’m around long enough now you know so, myself and Conor (Murray), Donnacha Ryan and even Mark Chisholm who we’ve signed is very experienced so. We’ve a good mix of youth and experienced players.

Meanwhile, on the local club front, the Ulster Bank League resumes this weekend after a break for the opening two rounds of the British and Irish Cup.

In Division 1A, third-placed Garryowen host second-placed UCD at Dooradoyle on Saturday in a crucial top-of-the-table clash (2.30pm). Improving Young Munster are on the road to Lakelands to face Terenure College. In Division 1B, UL-Bohs travel to Ballymena, while Shannon host Dolphin in Coonagh.