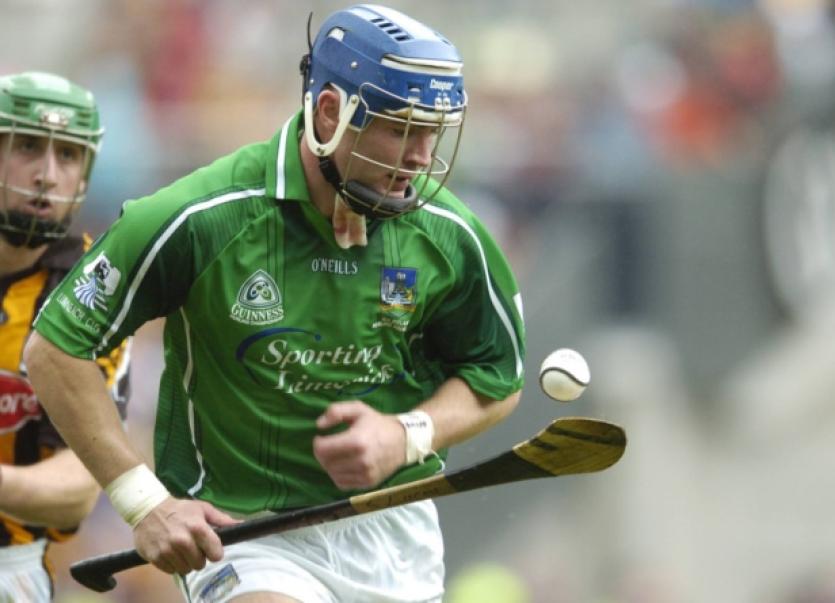 This Tuesday lunch-time the Croom man confirmed his decision with a statement released through the GPA.

“The time has come to call it a day in the Limerick colours. I have represented Limerick since U-16 and have been part of Limerick Senior Hurling and Football teams for 17 years, when I was brought onto the Senior Hurling panel by Eamon Cregan in 1999. It was an honour and a privilege to have represented Limerick for so long and I was lucky enough to have played championship 67 times, over 30 times in each code,” outlined Lucey.

He made his first senior hurling appearance for Limerick in the league of 1999 and he last played inter-county hurling championship in 2011.

He was involved with the Limerick senior footballers from 2000 to this past season, although dogged by injury throughout 2015.

As a footballer, he played in four losing Munster SFC finals. He won National Football League Division Four titles on two occasions and was a McGrath Cup winner. In 2000 he won a Munster U-21 football title, but lost that year’s All Ireland U-21 final to Tyrone.

The Croom man played both hurling and football with Munster in the Railway Cup.

“There are a number of people I would like to thank. Firstly I would like to thank all my teammates who I played with along the way. We had our ups and downs, but we have some great memories and have lifelong friendships. As Mickey Ned O’Sullivan said to me recently, ‘it is not the destination but the journey that is often more important’. I would like express my sincere gratitude to all management teams and back room staff from Limerick, my club Croom, Cistercian College Roscrea, and UCD, especially the physios who kept me in one piece,” said 35 year old Lucey.

“I am very grateful to work colleagues who swapped shifts or covered for me if I was gone training or playing matches.”

He continued: “To my parents, Michael, and my mother Terry, who is no longer with us, and the rest of my family and friends, you always gave me great support and encouragement, and always believed in me, even through some difficult times. Thank you”.

“The demands of inter county hurling and football have escalated dramatically, and I would like to thank my girlfriend Fiona for her understanding and the sacrifices she made to support my hurling and football career. There is one person I would like to mention who had a huge influence on me and that is Dave Billings who passed away earlier this year, but will never be forgotten. Rest in peace Dave,” said Lucy.

“Finally, there is a lot of great work being done in Limerick hurling and football at the moment, with some great players coming through. The future is bright, and I would like to wish all Limerick teams the very best.”