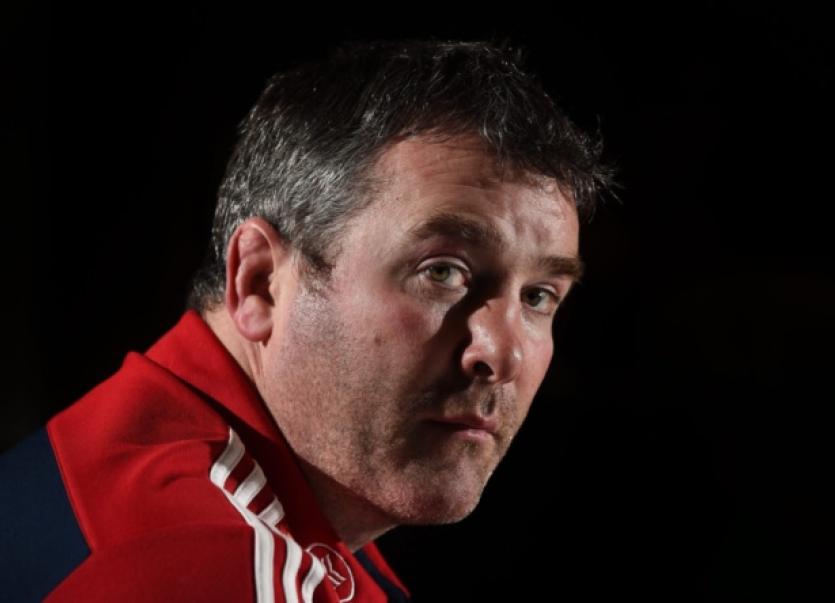 MUNSTER head coach Anthony Foley has admitted Connacht and Ireland centre Robbie Henshaw is a player the two-time European Cup winners would love to sign for next season.

MUNSTER head coach Anthony Foley has admitted Connacht and Ireland centre Robbie Henshaw is a player the two-time European Cup winners would love to sign for next season.

Second-placed Munster host Henshaw’s high-flying Connacht side in a top of the table Guinness PRO12 clash at Thomond Park this Saturday, 5.15pm.

Henshaw’s contract at Connacht expires at the end of this season and the 22-year-old has been strongly linked with a move to Leinster. The exciting Henshaw, this week, said he hoped to have his future sorted shortly.

Speaking after a Munster squad session at UL yesterday, Munster head coach Foley said: “I would imagine there would be a lot of clubs who would love a player with his (Robbie Henshaw’s) capabilities in their squad. We wouldn’t be saying ‘no’.

Foley denied Munster had tabled a bid for Australia World Cup hooker Stephen Moore only for it to be rejected by the IRFU.

Foley said: “There isn’t anything in that. It has happened us in the past around the media as well, where names are thrown out. Everything is done behind closed doors. We are not going to talk about it in the public anyway because it is not worth our while.”

Scrum-half Conor Murray has emerged as an injury doubt for Munster ahead of Saturday’s interprovincial clash after sustaining bruising to his foot in the Champions Cup win over Treviso.