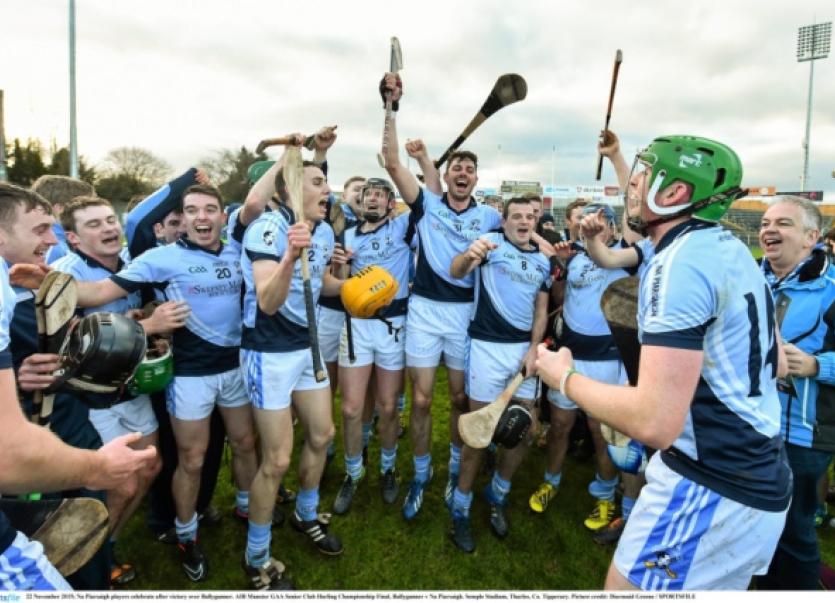 SHANE O’Neill is the epitome of all that is good about Na Piarsaigh GAA club.

SHANE O’Neill is the epitome of all that is good about Na Piarsaigh GAA club.

“We are creating our own tradition over the last five years, which is fantastic for the club,” he beamed.

“It’s an unbelievable feat when you think about it - we only won our first county in 2011 and to have three countys and three Munsters within five years - a lot of clubs have tried that and they have much greater tradition than us going way back.”

O’Neill has lived through every moment as the Na Piarsaigh tradition blossoms - from playing on the side that won the 1994 Limerick intermediate title and was still there in 2011 when they won the Limerick and Munster senior titles for the first time.

By the time he retired at the end of 2012, with a near 100% attendance record in club championship games, O’Neill was already involved with club management at U-21 level.

When senior manager Sean Stack departed after five years in March 2014, O’Neill was the ideal choice.

Only Cork’s great Blackrock team of the 1970s have also managed to win three Munster club SHC titles in a five year period.

Since the inception of the competition in 1964 that Na Piarsaigh are one of just two clubs to manage that feat is testament to their currrnt standing.

The north side city club have now joined Glen Rovers, Toomevara, Sixmilebridge, Newtownshandrum and Kilmallock in the Munster club roll of honour with three titles - but none of those achieved their tally within a five year period. Blackrock (5) and St Finbarrs (4) are the only clubs with more than three Munster crowns.

Not bad for a club that contested their first Limerick SHC final in 2009 - a 17-point defeat to Adare.

In total at least a dozen of the Na Piarsaigh panel collected a third winner’s medal against Ballygunner.

In total Na Piarsaigh have used 28 different players in their journey to the hat-trick of Limerick and Munster club doubles - 23 gaining starting berths.

All that means that Na Piarsaigh are now an experienced, composed outfit, blessed with an abundance of scoring power and defensive know-how.

They have been at their very best in their five game knockout run to the Munster title - their last five wins have been over Ballygunner, Thurles Sarsfields, Sixmilebridge, Patrickswell and Kilmallock.

Certainly nothing easy in that run of five games and worthy of lifting two championship titles. In total their championship season shows a run of 10 games unbeaten - one draw against Adare.

On top of that the club also collected a fourth successive Limerick U-21 championship last spring and contested both the Limerick junior and minor hurling finals.

In league affairs they have been just as impressive in 2015, with league finals in both the senior and junior ranks in the coming weeks.

All that in a season when they combined senior hurling and football for the first time ever.

This week is a time for celebrations and rightly so.

But thoughts will soon turn to the All Ireland series and Na Piarsaigh know that only a Tommy Moore Cup in their clubhouse in Caherdavin will suffice for a fiercely ambitious group - players that have achieved with Na Piarsaigh, Ardscoil Ris and Limerick. The manner in which they have come from behind in each of their three Munster club games shows the massive maturity within their team.

Getting to February with a clean bill of health will be the first quest for Na Piarsaigh.

The defeats to Loughgiel in 2012 and Portumna in 2014 will stand them in good stead against either Cuala or Oulart The Ballagh, who will be newcomers to the All Ireland semi final stage on February 6.

Of course Na Piarsaigh are bidding to follow in the footsteps of Kilmallock and reach back-to-back All Ireland clubs finals for Limerick, just as Ballybrown and Patrickswell did in 1990 and ‘91.

Defeat was the lot for both in the 90s and for Kilmallock on their two visits to the St Patricks Day showpiece.

Na Piarsaigh will have to carry the burden of favourites into their semi final but manager Shane O’Neill, selector Kieran Bermingham, coach Alan Cunningham and strength and conditioning coach Darragh Droog have brought their troops into battle in prime condition to-date and continue to stress the importance of “performance”.

They’ve achieved a lot in a relatively short time - but even bigger things could lie ahead.