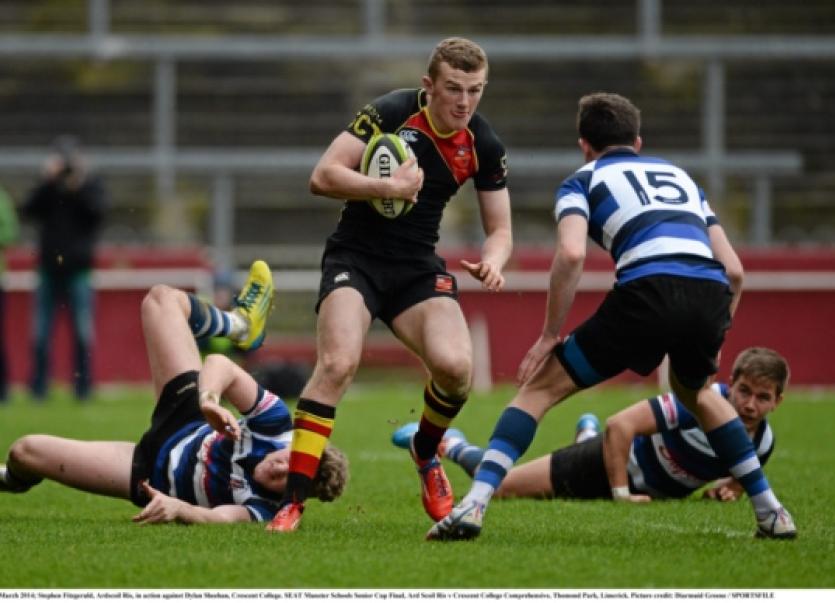 UP to 10 of the brightest young Limerick-based rugby stars have been included in the Ireland U-19, Ireland U-18 Schools and Ireland U-18 Clubs squads which are involved in prestigious international fixtures over the Easter holiday period.

UP to 10 of the brightest young Limerick-based rugby stars have been included in the Ireland U-19, Ireland U-18 Schools and Ireland U-18 Clubs squads which are involved in prestigious international fixtures over the Easter holiday period.

Two Limerick-based players, back-row forward Ben Kilkenny, of St Munchin’s College, and scrum-half, Jack Cullen, of Bruff RFC, were selected to start for the Ireland U-19 side which faces France at Templeville Road this Thursday, April 17,in the first of two international fixtures.

Meanwhile, Crescent College Comprehensive’s Calvin Nash is a member of the Ireland Under-18 Schools squad which outscored France by three tries to one in wet conditions in Plewiska on Tuesday to qualify for the FIRA/AER Under-18 European Championship final.

Sean O’Connor’s fifth-minute try from a line-out maul set Ireland on their way to a well-deserved 24-11 win, which sets up an Easter Saturday showdown with England in Wronki. The game has a 3.30pm kick-off Irish time.

There were also two Limerick-based players involved in the Ireand U-18 Clubs side which played England in a Three Nations tournament at the French National Rugby centre in Marcoussis in Paris.

The Ireland U-18 clubs side included Young Munster’s Ben Betts, who was seelcted to start the game at tighthead prop. Betts was joined in the squad by Brian Fanning, of Bruff RFC, who was listed among the replacements. The England squad included a combination of U-18 Clubs and Schools players. Ireland lost their opening game to France.