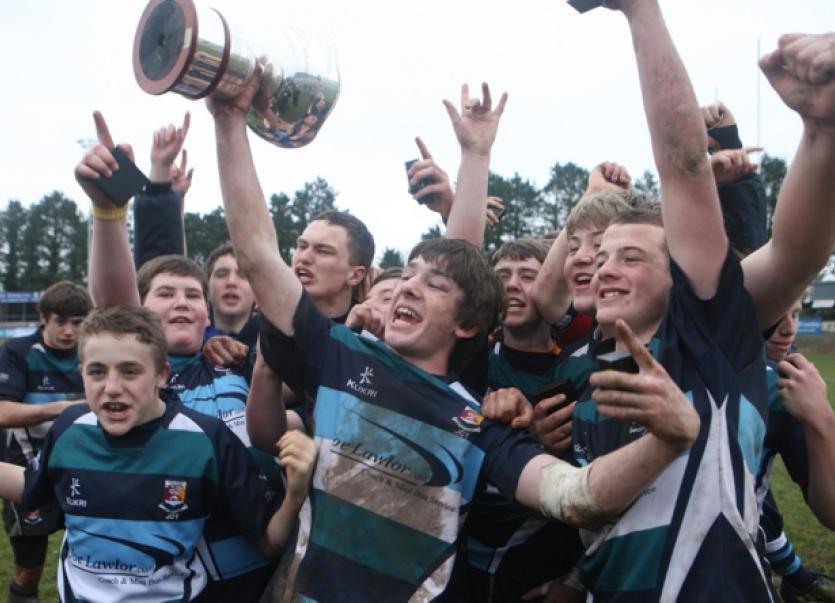 THE 2013 Munster Schools Junior Cup provided to be one of the most thrilling renewals of the competition in many years, before Castletroy College claimed top honours when defeating local rivals Crescent College Comprehensive in the final.

THE 2013 Munster Schools Junior Cup provided to be one of the most thrilling renewals of the competition in many years, before Castletroy College claimed top honours when defeating local rivals Crescent College Comprehensive in the final.

The Junior Cup has provide rich pickings for Limerick schools over the past decade or so with the Cup coming to Shannonside on six occasions over the period. Ardscoil Ris and Crescent College Comprehensive boast a pair of wins each in the premier U-16 competition,while as mentioned already, Castletroy College claimed the Cup for the second time in their short history last March.

Castletroy are able to call upon the services of four players who were involved in the successful Junior Cup campaign of 2013, Luca Ridder, Sean English, Eoghan Carew and Darragh O’Neill, who scored a try in the final win over Crescent College.

Castletroy are sure to be well prepared for the campaign that lies ahead as their backroom team includes James Collins, David Loughrey, Damien Gavin and Tom Cregan.

St Munchin’s College secured their place in the quarter-finals, thanks to a gritty 15-3 play-off win over Bandon Grammar School this Wednesday.

St Munchin’s rallied strongly in the second period having trailed 15-3 at the break. That competitive outing should stand St Munchin’s in good stead ahead of the first round meeting with Castletroy College.

Last year’s beaten finalists Crescent College will include three survivors from that squad, Brian Ryan, son of the Limerick minor hurling manager of the same name, Sean Scanlon-Garry and team captain John Blake, whose brother Cormac is captain of Crescent’s senior squad. Crescent are due to open their campaign against Ardscoil Ris on Tuesday, February 4.

Ardscoil have a fine record in the Junior Cup over the past record and look set to emerge as genuine contenders once again this season. Ronan Coffey looks set to be a key figure in Ardsoil’s Junior campaign this season.

Glenstal face Rockwell College in their opening fixture, with seven survivors from their 2013 squad.