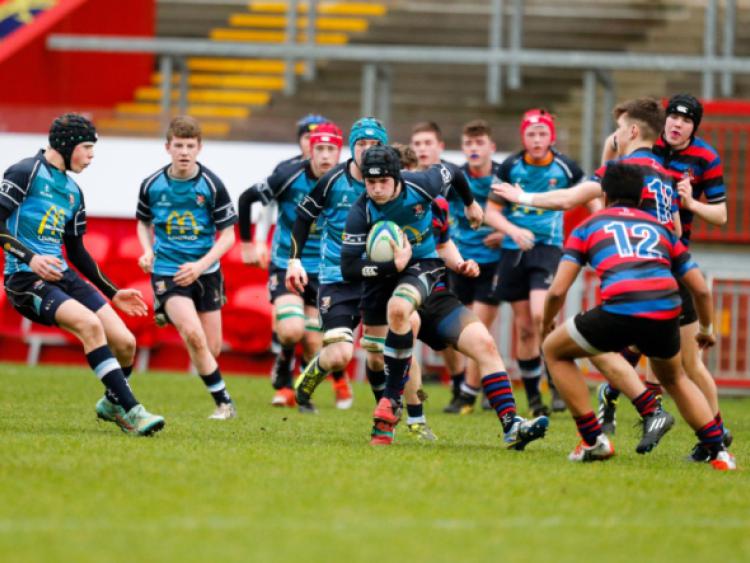 CRESCENT College Comprehensive and 2013 winners Castletroy College booked their place in the semi-finals of the Munster Schools Junior Cup after coming through their quarter-final ties at Thomond Park this Wednesday.

CRESCENT College Comprehensive and 2013 winners Castletroy College booked their place in the semi-finals of the Munster Schools Junior Cup after coming through their quarter-final ties at Thomond Park this Wednesday.

Crescent College scored four tries in their victory over Rockwell, with a brace of touchdowns for winger Conor Phillips and one each from centre Nevil O’Sullivan and out-half Michael Fenton. Full-back John Hurley kicked three conversions for the winners who led 12-5 at half-time.

In the day’s second semi-final Castletroy College had to withstand a storming second half comeback from St Munchin’s before securing a precious victory.

Two tries in the opening quarter from Mike Ryan and Darragh Cullimore, both converted by David Moloney, helped Castletroy into a sizable 14-0 lead. St Munchin’s had halved their opponents advantage by half-time with a Mark O’Driscoll try, converted by Killian Markham.

A third Castletroy try from flanker Conor Bermingham helped the Newtown school into a 21-7 lead before St Munchin’s came storming back. Tries from Ben Shanahan and Shane Kelly, both converted by out-half Markham, tied the scored at 21-21. However, Castletroy had the final stay in stoppage time when centre Paul Clancy scampered over for the match-winning try in added time.

The remaining quarter-final takes place this Thursday when Glenstal Abbey face CBC at the Mardyke. The semi-final draw takes place after that game.