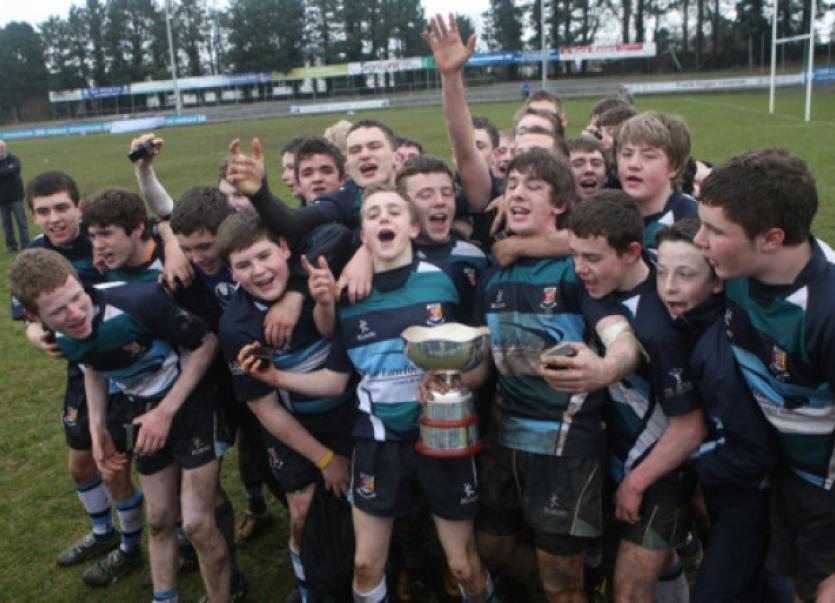 CASTLETROY College team mentor Conor Keyes said their Junior Cup success was especially significant as the school was winning the trophy it had presented to the competition organisers in memory one of their former teachers.

CASTLETROY College team mentor Conor Keyes said their Junior Cup success was especially significant as the school was winning the trophy it had presented to the competition organisers in memory one of their former teachers.

The Munster Junior Cup trophy honours the memory of the late, Eamonn Mulcahy, a key member of Castletroy’s backroom team when winning the Munster Schools Junior Cup in 2008.

Eamonn, who also coached the school’s senior girls’ soccer team to three All-Ireland titles in a row, sadly passed away in December 2010 after a short battle with cancer, aged just 32.

Castletroy College, who presented the trophy for the winners of the Junior Cup to the Munster Schools Committee in 2011 to honour Eamonn Mulcahy’s memory, became the second school to win it on Saturday, following CBC’s success of last year.

Conor Keyes said: “We are delighted to win another trophy and it is especially significant in that it is named after a former teacher [Eamonn Mulcahy] who passed away. There is a bit of emotion attached to that as well. We are all delighted, the staff and the student population to bring it home.

“We haven’t won anything since 2008 and it is important for the next generation, the first years and second years, to go and achieve what the lads achieved today.

“We went away and did our homework after the semi-final. We felt if we did certain things we would be able to get down the field and once we got close to the line we have the calibre of player who can score.

“We took our scores when they came and I felt we defended pretty well. Even at that it was a tight game, but we are happy to come away with the win.

“The second try gave us that bit of a cushion. It put us two scores ahead and it helps players relax a little bit, do your normal defensive patterns and it worked out for us.

“Hopefully, we can go on and win the Senior Cup. This team know what is required to win a Munster Schools Cup, so hopefully we can build on this and win a senior title in the near future.”

Centre Colum Carroll followed in the footsteps of older brother Enda who won a Junior Cup medal with the Newtown school in 2008.