Anyone you recognise in these Schools Rugby stereotypes? 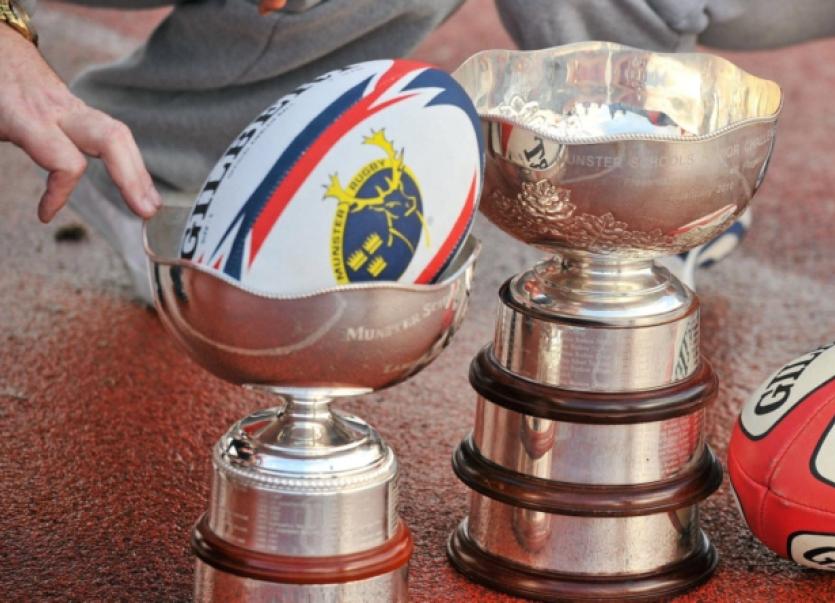 With the knockout stages of the Munster Schools Senior Cup beginning this week, Steven Miller takes a look at some of the likely characters you will see at the games.

With the knockout stages of the Munster Schools Senior Cup beginning this week, Steven Miller takes a look at some of the likely characters you will see at the games.

His son will be playing and he is very proud of this fact. The firmness of his handshake and the loudness of his voice will generally determine the confidence he has in his young lad’s ability. And while he is his son’s biggest supporter in public, back home he is his biggest critic, pointing out where he needs to improve and what he needs to do to get the attention of the Munster and Ireland selectors. Will generally only see the game from one perspective and any loss will be the management’s fault for not making the best use of his pride and joy.

Will usually arrive to the game with the proud dad and will exchange pleasantries with the other mums. Will be dressed well and will be wearing her best coat. There isn’t a best-dressed prize at schools cup matches but that doesn’t stop there being fierce competition. Will watch their son’s every movement even when the ball is nowhere near them, probably won’t understand the rules and will get massively embarrassed by how excited they get. Would love to be mother of the captain and already have an outfit picked out in Brown Thomas for the final if they get there.

No schools cup match would be complete without a big collection of schoolgirls. But because the games are played on school days, the girls are inconvenienced by having to wear their uniforms. That makes it bit harder to stand out but some will still go to big rounds to look the part. Hair, nails, makeup and tan can all be perfect. A schools cup rugby player is a bit of a catch but the lads have to take their chance now while they’re a big name. County minor hurlers will be high profile in no time and they don’t want them lads swooping in to take their women.

Not directly involved with the team but interested in rugby all the same and probably coach an U-14 team after school a couple of days a week. Love this time of year. Will talk about the match in class before they go and will talk about it in class the next day. Will steer clear of the teachers who will annoy them with stupid questions and will generally watch the match with other like-minded colleagues away from the mad noise of the students.

Will go to the game because the principal gets them to supervise a bus. Won’t get what the whole fuss is about and will be surprised at how big some of their students are when they’re togged out. Will ask questions like “How many points do we get for a try again?” and “How many points for a kick?”. Won’t be too upset if they lose and just hopes that nobody gets hurt.

This is usually somebody who doesn’t play rugby but is a messer, good craic and is willing to dress up as a chicken or wear a ridiculous-looking jump suit. Can be a dangerous man with a megaphone and will slag teachers, students and abuse the opposition fans. Always looking to push the boundaries in search of the next stunt. A good cheerleader is nearly as important as a good player - but nowhere near as fit.

Usually from one of the younger years. Will look up to all the senior players and dreams of one day being out there himself. Will be nervous about the game and will be more concerned with watching the game than getting involved in the cheerleading but he’ll do his fair share of roaring and shouting too. Will know the names all his own team and even a few of the opposition.

Goes to the match because they have to. Won’t care one bit what happens on the pitch but will hope that the shop is open. If it’s a bad day he might even try to stay on the bus to read a book or mess around on his phone. Even if he does watch the match, he wouldn’t be able to tell what the final score was. Will never go to another match after he leaves school.

Doesn’t have any direct involvement with either team but just loves the games. Will know not just the form of both teams but the referee as well and will also remember how both teams got on three years ago at junior. Will know which lads were playing last year, which lads played with the Munster schools team and will remember all the current Munster players when they were young. Will talk fondly of old games. A great help to journalists.

Shows up to shake hands with old pals and old teachers. Usually only appears for the latter stages but will always keep an eye out for the results of his alma mater. Often ends up going for a heap of pints afterwards.

Has never been to a schools rugby match before and will be baffled by it all - particularly the carry-on of the supporters. Probably an uncle, grandfather or neighbour of one of the players and goes because the player’s father or mother will have hounded them about it. Prefers the GAA but might find themselves enjoying it nonetheless. Won’t have any of the lingo however and could find themselves giving out about “the lad taking the frees”.