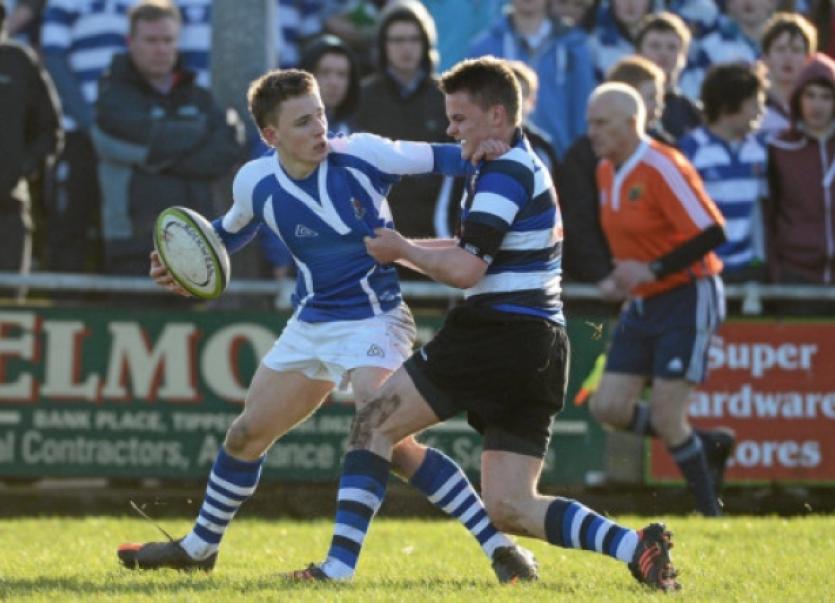 CRESCENT College Comprehensive are set to be boosted by the return of Irish Schools winger, Greg O’Shea from injury for this Thursday’s (March 7) crucial Munster Schools Senior Cup semi-final clash with CBC, of Cork, at Tom Clifford Park.

CRESCENT College Comprehensive are set to be boosted by the return of Irish Schools winger, Greg O’Shea from injury for this Thursday’s (March 7) crucial Munster Schools Senior Cup semi-final clash with CBC, of Cork, at Tom Clifford Park.

Crescent College recovered from the loss of their opening round fixture to Rockwell College when easing past PBC, of Cork, in their quarter-final clash last month. Crescent won back-to-back Junior Cups in 2010 and 2011, but it is now 19 years since the Dooradoyle nursery managed to land the Senior Cup. Crescent’s squad includes 13 players with previous Senior experience. They will look to the likes of the hugely influential Diarmuid Dee, Cormac Blake, Jack Dinneen, Gearoid Lyons, Cillian Rea, Greg O’Shea and JJ O’Neill to inspire them against Christians.

Crescent coach, Conan Doyle said: “We have put plenty of work in over the past few weeks. After we had lost our first game against Rockwell, we focused on the fact that we were playing knock-out rugby from then on.

“It brought the lads on a level. It’s very hard to win in Cork and were pleased with the success over Pres’.

“We played CBC in Cork already this season and they beat us. They have a strong side and a very good Cup team.

“We would hope that we are coming into our peak at the right time of the season. It’s all about how you perform on the day with the knock-out nature of Cup rugby. I would be confident we will handle the big occasion and play to our full potential.

“We are fortunate that a number of our injuries have cleared up. Diarmuid Dee’s return to fitness over the past few weeks has been a big boost to us. He has been a great leader coming back into the team. Diarmuid leads by example.

“Greg O’Shea is due to make his first appearance in the Cup for us this season against CBC. He has all his rehab work done at this stage. Greg has worked very hard to get back. He is very dedicated.”

Crescent will face Rockwell in this year’s final in Limerick on March 18 should they overcome CBC at Clifford Park.