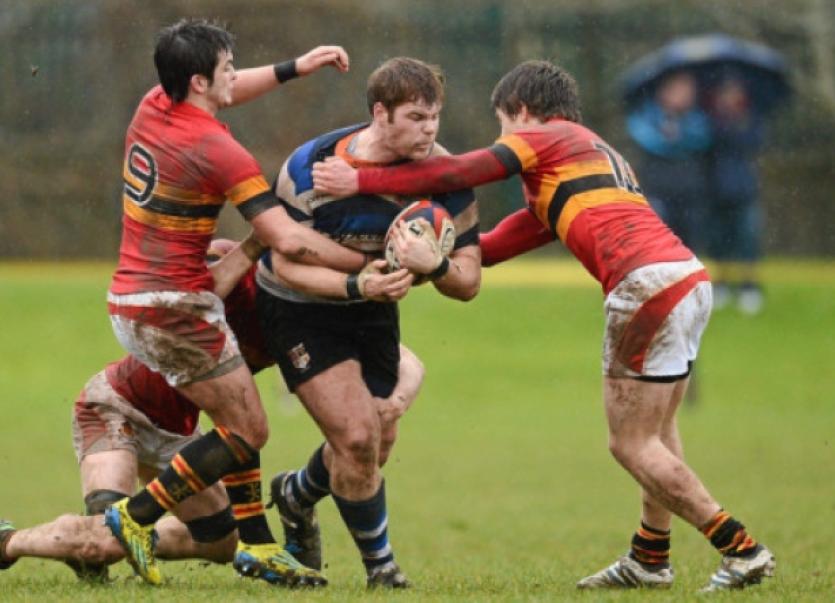 Crescent and CBC must meet again in the Munster Schools Senior Cup after they played out a 3-3 draw in Tom Clifford Park on Thursday afternoon.

Crescent and CBC must meet again in the Munster Schools Senior Cup after they played out a 3-3 draw in Tom Clifford Park on Thursday afternoon.

The replay is fixed for next Tuesday, March 12, in Musgrave Park.

The wet and greasy conditions militated against a flowing, open game of rugby and unsurprisingly most of the tie was fought out among the respective forwards. The Crescent back-row duo of Jack Dinneen and Diarmuid Dee were especially prominent with ball in hand.

With scoring opportunities at a premium, the only points of the tie arrived in the opening half. Crescent out-half Gearoid Lyons kicked the Limerick side into front with a 12th minute penalty goal, which was cancelled out by a similar effort from Christians centre Tomas Quinlan five minutes later.

Both Lyons and Quinlan were off target with a further penalty attempt each in the second period after the sides remained deadlocked, 3-3, at half-time.

CBC appeared to have a great opportunity to edge in front in the 62nd minute when awarded a very kickable penalty on the Crescent ’22. However, on the intervention of a touch judge who spotted CBC had 16 players on the pitch after a replaced player remained on the pitch, the decision was reversed and a penalty was instead awarded to the home side.

CBC included Alex Penney, son of Munster coach Rob, in their back-row, while Crescent were boosted by the return from injury of their Irish schools winger, Greg O’Shea.

A draw was a fair result in the end and both teams will be hoping to learn valuable lessons from the fixture.

Tuesday’s replay at Musgrave Park has a 3pm kick-off time.