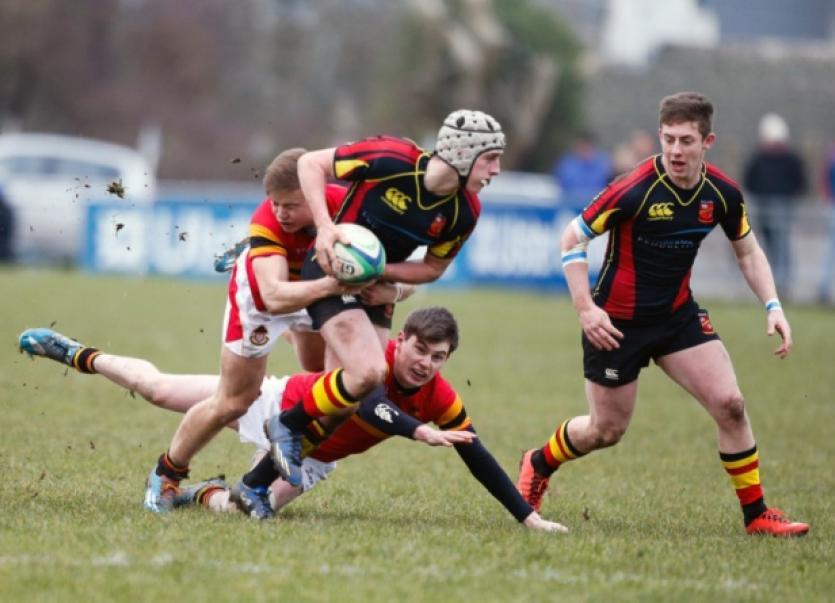 THERE were mixed results for the two Limerick sides competing in the Munster Schools Senior Cup this Tuesday as Ardscoil Ris advanced to the semi-finals at the expenses of CBC, but St Munchin’s College were knocked out by Rockwell College.

THERE were mixed results for the two Limerick sides competing in the Munster Schools Senior Cup this Tuesday as Ardscoil Ris advanced to the semi-finals at the expenses of CBC, but St Munchin’s College were knocked out by Rockwell College.

Last season’s beaten finalists Ardscoil reached the last four in dramatic fashion as out-half Conor Fitzgerald kicked the Limerick side to a stunning 18-16 win over pre-competition favourites CBC in Dooradoyle.

However, there was disappointment for St Munchin’s College who suffered a 14-6 defeat to Rockwell, who were avenging their defeat at the hands of the same opponents 12 months ago.

Conor Fitzgerald proved the Ardscoil hero, kicking all 18 of his side’s points as the home side recovered from a 13-3 first half deficit to prevail. Ardscoil trailed 15-16 deep in injury time when a CBC player was penalised for a high tackle. And the imperious Fitzgerald stepped up to slot the match-winning penalty in what was the final play of the game.

At Clanwilliam FC, St Munchin’s rallied from a 0-7 half-time deficit to get within a point of the Tipp side at 6-7 early in the second half. St Munchin’s impressive scrum-half Briain Bennett bagged the Corbally side’s points with two penalty goals. However, a second Rockwell try just after the hour mark helped the home side advance.