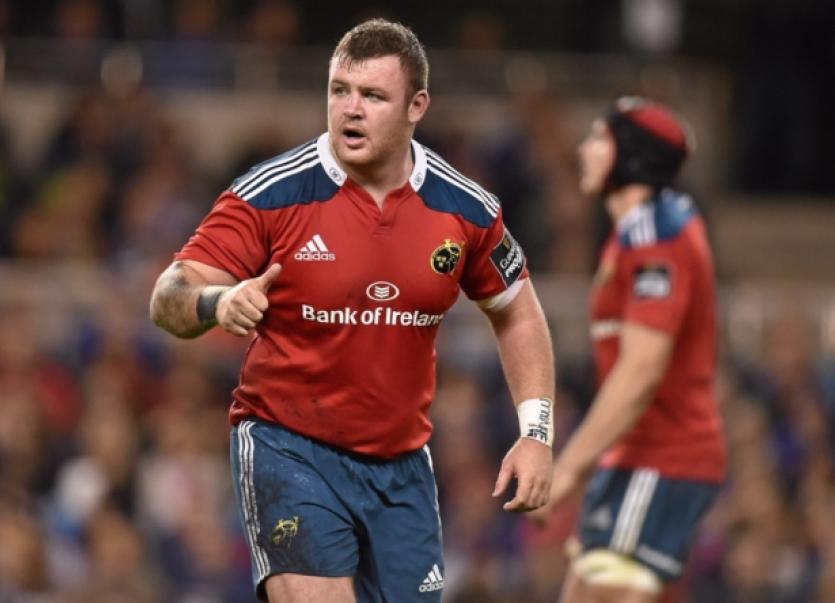 MUNSTER’s injury woes at hooker have deepened with confirmation that Duncan Casey has been ruled out of Saturday’s Guinness Pro12 game against Cardiff in Musgrave Park.

MUNSTER’s injury woes at hooker have deepened with confirmation that Duncan Casey has been ruled out of Saturday’s Guinness Pro12 game against Cardiff in Musgrave Park.

Casey is set to be sidelined for four to six weeks after injuring his ankle on the recent training camp in Lanzarote and joins fellow hookers Mike Sherry and Damien Varley on the injured list.

As a result, the province has been linked with a move for Argentinian hooker Agustín Creevy, currently playing with Worcester Warriors.

The hooker position on Saturday in Cork will be filled by any one of three players Kevin O’Byrne, Eusebio Guinazu or Niall Scannell.

In better news Foley is hoping prop Dave Kilcoyne will be available for selection for Saturday’s crunch Guinness PRO12 clash with Cardiff Blues after recovering from a shoulder injury.

Kilcoyne returned to full training with the province this week and the Limerick prop’s response to full contact and scrummaging will be assessed before the matchday squad to face Cardiff at Musgrave Park on Saturday (7.35pm) is named. Munster currently lie third in the PRO12 table, just two points off leaders Ospreys and one point behind second-placed Glasgow.

However, with the top five sides in the table separated by just five points, competition for play-off spots is intense. Saturday’s opponents Cardiff are ninth in the table, recording just four wins from their 13 league fixtures to date. This weekend’s clash is the first of four fixtures Munster will play during the 6 Nations Championship period. Anthony Foley’s side also face Scarlets, Glasgow and Ospreys.