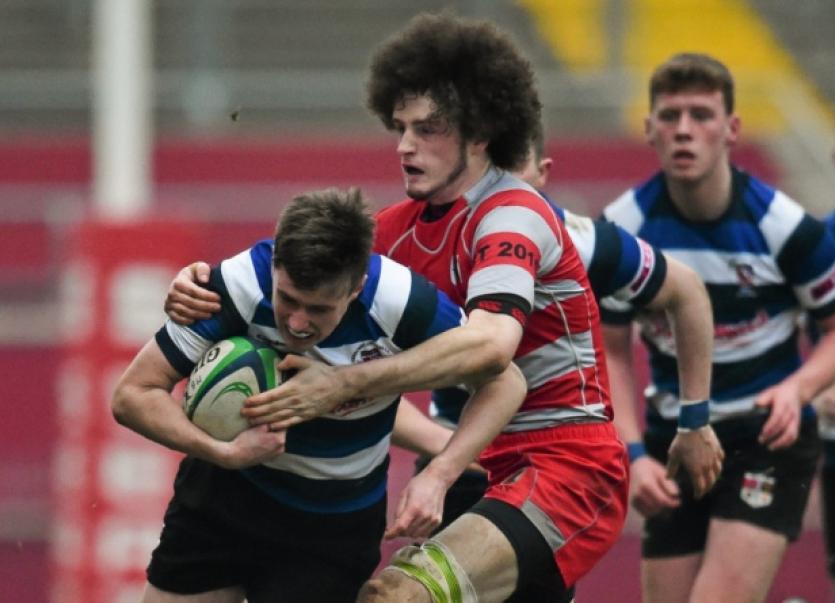 GLENSTAL Abbey stunned holders Crescent College to book their place in the semi-finals of the SEAT Munster Schools Senior Cup on the day Castletroy College bowed out of the competition at the hands of PBC, of Cork.

GLENSTAL Abbey stunned holders Crescent College to book their place in the semi-finals of the SEAT Munster Schools Senior Cup on the day Castletroy College bowed out of the competition at the hands of PBC, of Cork.

Glenstal were full value for their 6-3 win over a Crescent College side which was bidding to secure a third successive Munster Schools Senior Cup title this season.

Two penalty goals from the boot of out-half Jack Stafford steered Glenstal Abbey to a deserved success at Thomond Park. Crescent’s sole points came courtesy of a drop goal from out-half Dylan Sheehan which had levelled the game early in the second half.

Glenstal Abbey, coached by former Garryowen, Munster and Ireland scrum half Tom Tierney will enjoy home advantage for their semi-final clash with Rockwell College on the week of March 3-5.

In the opening game at Thomond Park, Castletroy College suffered a 22-15 defeat to PBC.

Despite a very bright start to the game, Castletroy trailed 17-3 at half-time and a fourth Pres’ try early in the second half left the Limerick side facing a 19-point deficit.

To their credit, Castletroy battled back strongly in the final quarter and tries from Niall O’Shea and hooker Mark O’Mara were just rewards for their battling efforts. Jamie Heuston added five points with the boot.

Dates, venues and kick-off times to be confirmed later this week)