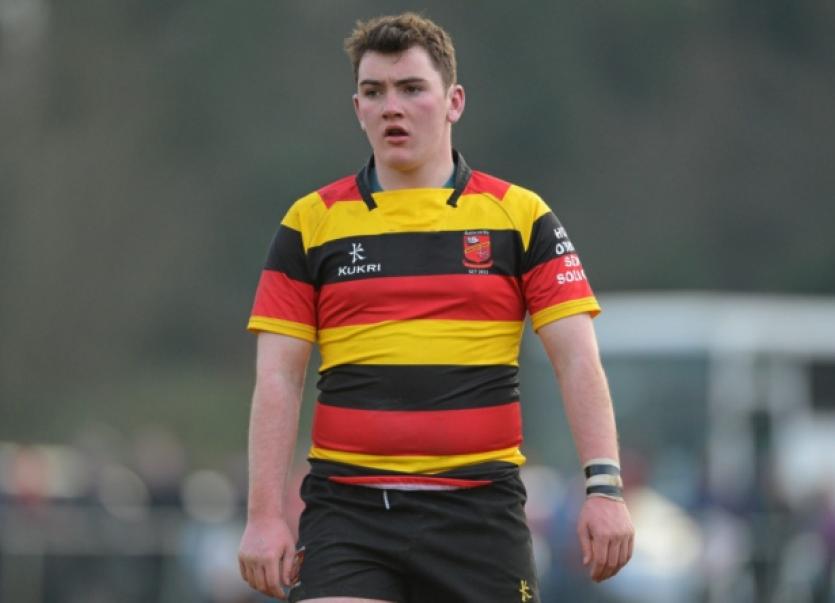 PRE-tournament favourites Ardscoil Ris completed a great week for the school when they came from behind to record a thrilling 22-20 win over CBC in Dooradoyle.

PRE-tournament favourites Ardscoil Ris completed a great week for the school when they came from behind to record a thrilling 22-20 win over CBC in Dooradoyle.

Having won the Harty Cup last Saturday, the school’s rugby team were keen to repeat those heroics and they did just that.

David O’Mahony’stry proved to be the winning score but Ardscoil had to endure eight minutes of additional time before securing the win.

CBC came into the game as massive underdogs having been beaten 39-0 by Crescent in the opening round but they made five changes from that game and were a much changed outfit.

They got off to a great start when Evan Mintern touched down after a sloppy Ardscoil lineout anda conversion and penalty from Jason Higgns had them 10-0 up.

But a wonderful Stephen Fitzgerald try following a 60-metre run got Ardscoil back into the game and although Higgins responded with a penalty, Ardscoil got their second try when Liam Brock crossed and they trailed 13-10 at the break.

Despite having wind advantage in the second half, things got worse for Ardscoil whenDan Walsh touched down and Higgins added the conversion.

That left it 20-10 to CBC but Ardscoil refused to lie down. First Brion Moriarty crossed and David O’Mahony added the conversion. And while O’Mahony missed a long-range penalty to level the game, he made amends by skipping over for the winning try. He missed the conversion but Ardscoil defended heroically to hold on.