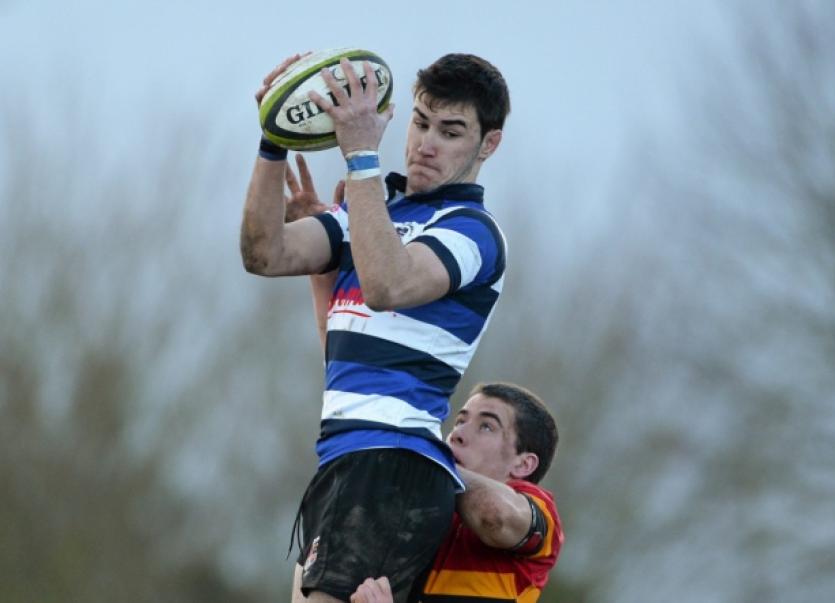 Champions Crescent College and St Munchin’s both earned themselves home quarter-finals in the Munster Schools Senior Cup this Wednesday afternoon.

Champions Crescent College and St Munchin’s both earned themselves home quarter-finals in the Munster Schools Senior Cup this Wednesday afternoon.

Holders Crescent College Comprehensive began their quest to make it back-to-back wins in the SEAT Munster Schools Senior Cup for the first time in 24 years by recording a resounding victory over traditional Cork powerhouse CBC at Rosbrien this Wednesday.

The champions were hugely impressive from the first whistle, running in six tries, three in either half, to put their shell-shocked opponents to the sword in one of the most complete displays seen at this level in many years.

With a combination of the experienced members of 2013 Senior Cup winning side, and several highly capable newcomers, Crescent have no doubt now taken on the mantle of Cup favourites.

The Dooradoyle side effectively put the game to bed inside the opening 22 minutes after which they led 22-0. Crescent’s replayed semi-final win over CBC last season may have been dramatic and nail-biting, but the outcome here was never in doubt.-

Crescent, looking to claim back to back cup wins for the first time since 1990, took command early on through a pair of tries from lock Robert Scott and one from captain, Cormac Blake.

Crescent dominated the game through powerful running, excellent decision-making and sheer physical intensity in the contact area. The tries continued to flow in the second half with centre Will Leonard, winger Jason O’Sullivan and lock Johnny Keane also touching down to seal a home quarter-final.

ST MUNCHIN’S earned themselves a home quarter-final in the Munster Schools Senior Cup, despite drawing with PBC in Musgrave Park on Wednesday afternoon.

Munchin’s were deemed winners by dint of scoring the game’s opening try, a Shane Halpin effort on 45 minutes.

They will now play one of the first round losers in the quarter-final in three weeks’ time at a Limerick venue - either CBC, Rockwell or the losers of Thursday’s final opening round clash between Ardscoil Ris and Glenstal Abbey.

The sides were level 3-3 at the break, St Munchin’s drawing level through the boot of outhalf Alan Wallace after the Cork side had taken an early lead.

And Munchin’s got the all-important try early in the second half, Halpin going over after a good break. Wallace hit the post with the resulting conversion. Wallace missed a penalty shortly but with three minutes remaining Munchin’s were still 8-3 clear. Cian Collins crossed for PBC to level the sides but they missed the conversion and a drop goal attempt in the eight minutes of injury time and Munchin’s held out.